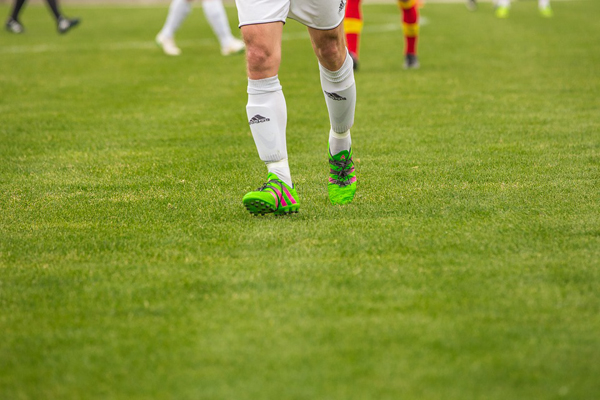 Superstar runners Mo Farah and Usain Bolt both starred in the recent Soccer Aid at Old Trafford. And, although both showed some nice touches, the multiple Olympic champions don’t quite have the same golden touch when it comes to football.

They might dream of one day donning the famed shirts of their respective beloved sides Arsenal and Manchester United, but sadly, it looks like a pipe dream for the fleet footed duo.

The transition from international runner to professional footballer is not a common one, even if you’re are dripping with athletic ability - like Farah or Bolt. So, is it possible for an athlete to make it as a footballer?

There has been the occasional athlete with the talent to make a mark in the global game, maybe not as far as the World Cup, but at least at professional level.

The best known are probably British sprinters Adam Gemili and Darren Campbell. World and European gold medallist Gemili was a youth player at Chelsea and Reading, who went on to sign as a defender with Dagenham and Redbridge.

That was until 2012 and his dual career of football and athletics came to a crossroads. Whilst still struggling to make his senior Football League debut he clocked some near sub10 second times in the 100m and rendered the decision a rather easy one.

British sprinter predecessor Darren Campbell enjoyed a stellar career winning Olympic relay gold, as well as World, European and Commonwealth medals. And he too was pretty handy with a ball at his feet, being offered contracts at Plymouth Argyle and Newport County in his early 20s. But he returned to his athletics roots and fulfilled his rich potential.

Talented distance runner Matty Hymes has not yet hit the Olympic heights of Gemili or Campbell, but he represented Great Britain at the 2016 World Half Marathon Championships. He also played semi-professional football for Stokesley FC, a club in the Northern Riding Premier League, the 11th of English football.

So, while some have made the crossover, reaching the top level in both sports is unprecedented. Being a world class footballer and world class athlete too is very unlikely - though wouldn’t we all love to see how Ronaldo would measure up over 100m?