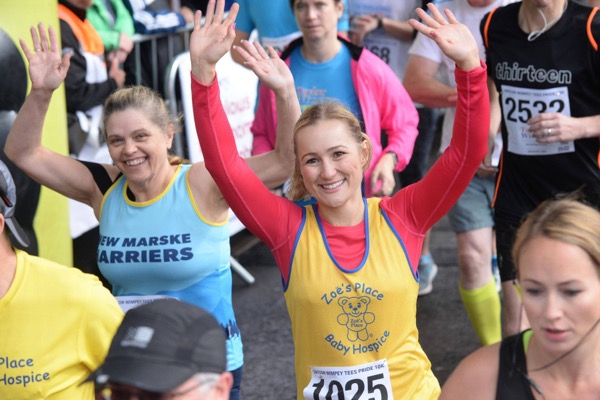 Next month’s Tees Pride 10K will have a distinctly party feel with the race hosted in conjunction with the Acklam Hall Summer Festival. With live entertainment, food and drink stalls, a beer tent and bouncy castles, the festival has become a staple of the summer for local families.

Scheduled for Sunday 2 September, the race is expected once again to pull in a sell-out field of 3,000 participants. Now in its 14th year, the event is known to attractive a mix of elite, club and recreational runners.

The race will start at Hall Drive and move through Acklam Road and Ladgate Lane. From here, the route turns left down Marton Road, Keith Road, Emerson Avenue before arriving at the start point at Hall Drive.

Last year continued the trend for thrilling and fast finishes: Paralymian runner Wondiye Indelbu, who had placed second in the previous two years, finally claimed top spot with a thrilling victory. The Leeds AC runner crossed the line first in 30:52 and edged out Jonny Taylor (31:09), with Richard Allen (31:36) in third place.

In the women’s competition, South African ultramarathon runner Gerda Steyn showed she is no slouch across shorter distances with victory in 36:14. Birtley’s Tracy Millmore took second (36:45), followed by Jo Zakrzewski (37:05). Of the 2638 finishers to complete the 10k, Nicola Parkes finished midplaced in 55:46.

The 10k will once again be accompanied by a 3k Fun Run, further enhancing the event’s profile as one for all the family. Information on what will be running at the festival, which starts at 10am until 6pm, is available here.