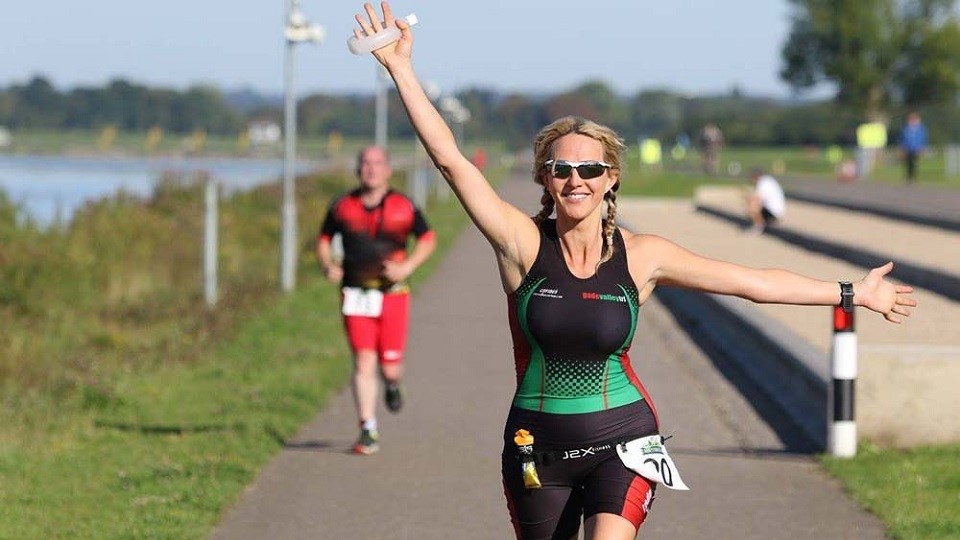 The Marathon @ Dorney Lake is on...

Unless a local lock-down puts an oar in!

ActiveTrainingWorld, based in St Albans, might be a new name to some runABC online readers but the experienced team behind many successful triathlon and duathlon events has a growing portfolio of popular running events.

The Marathon @ Dorney Lake on Sunday 4 October 2020 is the latest addition to that expanding calendar and organisers are just as excited as previous Dorney Lake Triathlon competitor Angeline Cottrill (pictured) to be in a position to promote a 26.2-mile race in a COVID-secure environment on the same day London Marathon was due to have more than 40,000 runners in the capital.

ActiveTrainingWorld's James Shipley says: “We are really excited to be putting on events for people again as we know people have missed it! It’s been a very tough year but it’s nice to be able to put out some positive messages that things are returning to normal. The Marathon @ Dorney Lake might not be the event they planned to take part in but we intend to put on a good show for them and help them to achieve their goals in a different way”.

With London now restricted to an elite-only race on a multi-loop course at St James's Park, mass event entrants have been invited to run their own virtual marathon on 4 October to qualify for the unique New Balance finisher T-shirt and medal for The 40th Race. What better way to run a virtual London Marathon than to join an actual marathon at beautiful Dorney Lake, home of the London 2012 Olympic rowing events?

ActiveTrainingWorld has a large community of runners, many of whom were training hard for London Marathon and were very anxious about the event being cancelled. ATW initially decided to host The Marathon @ Dorney Lake so members, people raising money for charity and who had kept training, could still take place in a chip-timed and official UKA event.

The four-lap, horseshoe-shaped Dorney Lake course has another surprising link with London Marathon as it was certified accurate by none other than ace course measurer Huw Jones – who measured the London Marathon course (as well as winning in 1982 in 2:09:24 PB) and also the sub-two-hour marathon course!

Entries for The Marathon @ Dorney Lake are limited to 600 and spectators are advised not to attend. Runners will be started in small waves and lined up in a similar fashion to a Formula 1 race, with the fastest predicted times starting on 'pole position' at the front of the grid.

ActiveTrainingWorld organised the first licensed event in the country post-lockdown, which was a swim-run multi-sport event. By the time of the marathon, they will have organised five other events, including a triathlon at the same venue.