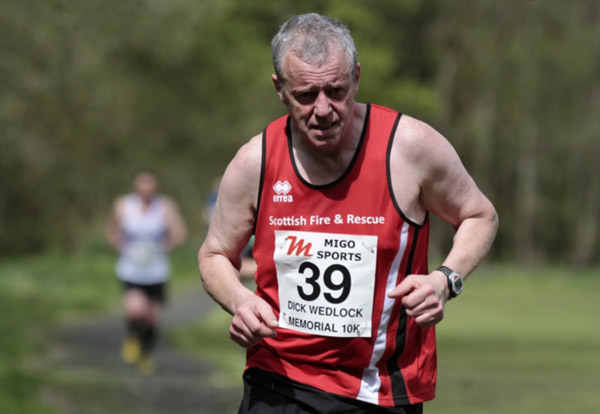 The Run Bible (TRB) race team, fresh from the success of the first South by Five series, are now looking ahead to the Dick Wedlock Fire Five, the first time that they have been in charge at this event. The late spring race has been a fixture on the Scottish calendar since the 1970s although it has varied in venue and distance over that period.

The new organisers are taking the Dick Wedlock to Glasgow's Queen's Park – it was previously staged at Pollok Park – and planning a Friday evening start on 22 May (6.30pm). They are currently finalising a route although those familiar with the location's Saturday morning parkrun will appreciate the challenge involved in creating a course which won't be too testing.

In keeping with the TRB's friendly and community-orientated approach, participants are invited to a post-race BBQ and ceilidh both to be staged at Queen's Park Bowling and Tennis Club. The BBQ and ceilidh carry a small additional charge.

Organisers will also be offering TRB’s new Tee or Tree option. Opt for a race-branded tech T-shirt or plant a tree in TRB’s expanding grove with Trees For LIfe – helping to re-wild the Scottish Highlands with natural species.

Also £1 from the £9 entry fee will be donated to the Scottish Fire & Rescue Service Family Support Trust. The Dick Wedlock was formerly part of the successful UK Fire Service Championship and still attracts a strong contingent from the local fire service and a group of tourists from the German fire service.

TRB's Alex Osborne told runABC Scotland: "We're hoping to see a bumper turnout for the new-look Dick Wedlock. We're sticking with the 5 mile distance – there aren't many races now at what was once a classic test – after the event was run as a 10k for many years. But we have a new venue and an exciting evening time slot."

Alex continued: "Bellahouston Harrier's Brian Goodwin 10K has highlighted that a race on a bright weekend evening with the chance for runners to mix post-race can be a successful formula. It would be good if we could emulate even a little of that success."

Dick Wedlock was an outstanding Scottish runner and firefighter, when both careers were tragically cut short. A road side accident in 1974 left Wedlock paralysed from the neck down. An extensive review of his running career care be found here.