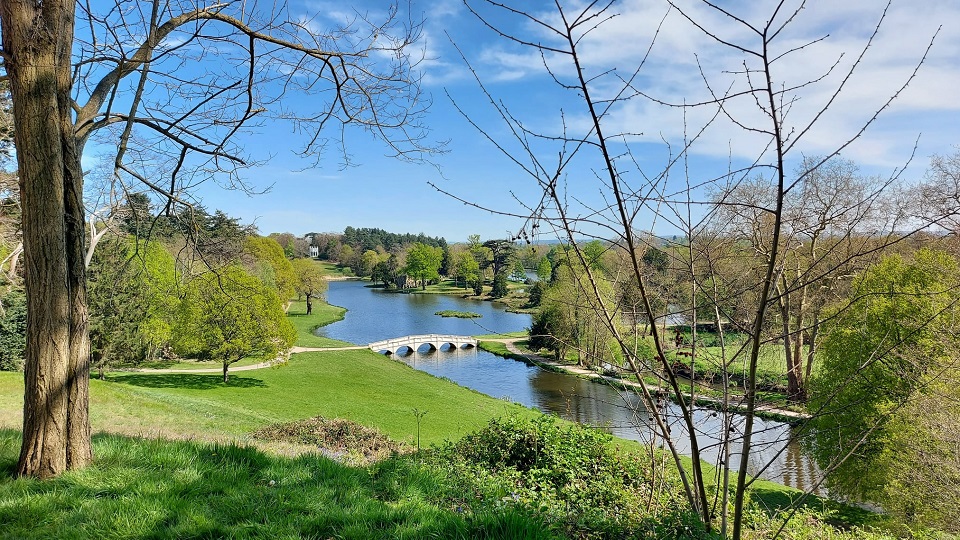 "I visited Painshill for the first time this month. When I was there I said: 'What an amazing run this would be'. I'll be signing up for sure".

This was a genuine reaction on Facebook to the announcement by GBR RUN that Painshill Park was to be the venue for the inaugural Cobham Festival of Running on Saturday 21 May.

Looking at the image above, courtesy Painshill Park on Facebook, it's no surprise as Painshill Park, created in the 18th Century by Charles Hamilton as a 'living painting', is regarded as one of the finest examples of the English Landscape Movement.

The landscaped garden features follies, grottoes, a serpentine lake, waterwheel, vineyard and tea room and entrance was included in the race fee for the Cobham Festival of Running.

There were three distances to choose between. The longest distance was a manageabe 10K with 104 finishers in 1:41:15. Matthew Coakes (The Stragglers, 39:41) led three M40 masters to the podium places. Andrew Haigh (Elmbridge RRC, 40:16) and Daniel Werchola (43:22) completed that rostrum.

Cobham Festival of Running is part of a series of events in stunning locations, described as community running events for everyone. For details of future events visit GBR RUN here