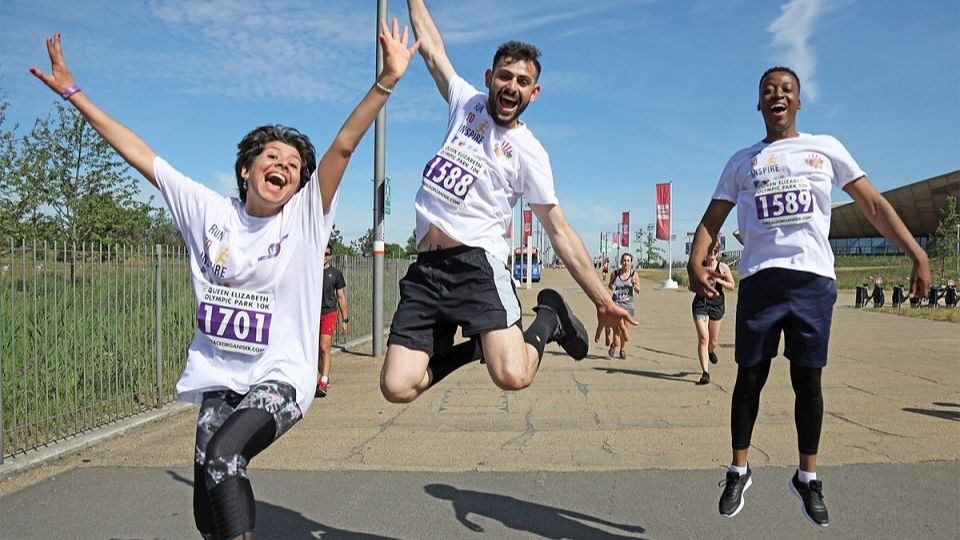 270 followed in the footsteps of Olympians

They were jumping for joy at the Queen Elizabeth Olympic Park 10K on Saturday (1 May). It was on 1 May 1707 that the Act of Union came into effect, joining the kingdoms of England, Wales and Scotland to form the Kingdom of Great Britain and there was a strong sense of reunion among the 270 finishers in 1:39:48 at the 2012 London Olympics venue.

They may not have been dancing around the maypole but there was still some fancy footwork from the colourful throng that made their way from wave starts around famous sporting venues such as the London Aquatics Centre, Copper Box Arena, Lee Valley Velopark, Lee Valley Hockey and Tennis Centre and the iconic QEOP London Stadium.

With just 53 feet of elevation and smooth roads and pathways, this is a quick course that runs alongside scenic waterways and through surprisingly green spaces. The Race Organiser's stats show that more than 17,000 finishers have been recorded since they were the first to establish monthly 10K races at this inspiring venue following the London 2012 Olympic Games.

The top three women were also among the 52 runners who were faster than 40 minutes, with W45 Rosamund Ponder (West 4 Harriers, 37:39) leading W35 Kay Sheedy (Dulwich Runners, 38:25) and Anna Hollingsworth (Serpentine, 38:34). Half the field beat 50 minutes to illustrate the PB potential of the course.

If you have yet to experience the thrill of following in the footsteps of Olympians at QEOP you are in luck – a further seven races are already planned for the first Saturday of every month this year. Race details and entries are available via The Race Organiser website

Image from a previous event courtesy The Race Organiser