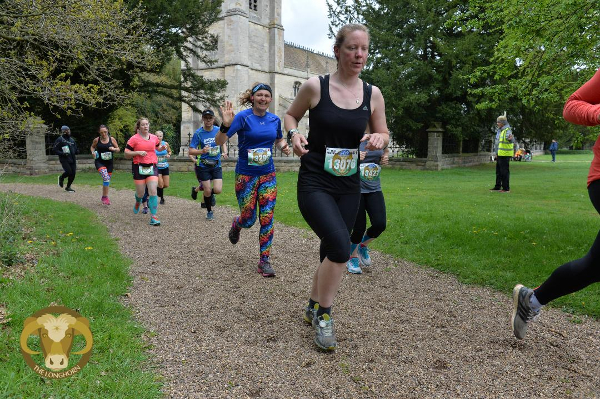 Hitting the bulls-eye at The Longhorn

Outstanding efforts by marshals at the Longhorn (Sunday 28 April) ensured it was ‘best in show’. Their efforts made this a five star event for many.

Smoothly and efficiently organised by SBR Events, The Longhorn contained all the ingredients for a successful race. These included dry, cool conditions, choice of distances for two and four legged runners, well-stocked feed stations and a themed medal. Central to this were the superb grounds of Thoresby Park and the iconic Sherwood Forest, home to a well behaved herd of Longhorn cattle along with deer and Hebridean sheep.

There was 5K, 10K (two waves due to demand), Half Marathon, Marathon and a 60K Ultra: three Nordic Walking categories – 5K, 10K and Half Marathon with the same distances for Canicross competitors. The Ultra entrants started first at 8.30am.

Steven Dowse (39:31) was the first finisher in the feature morning 10K race showing a near 600 field, which included big contingents from Danum Harriers, Notts Women and Woodthorpe Huffers & Puffers, the way home. Zoe Attenborough was fastest female in 47:19.

Runners and walkers faced a beautiful multi-terrain course on private land in Nottinghamshire’s National Nature Reserve. This consisted of old military roads, grassed paths and cleared tracks in woodland areas and included a few hills to test fitness levels. Of particular mention were the super enthusiastic marshals who clapped, cheered and cajoled people around a challenging course – and all with smiles on their faces from start to finish.

Lincs and Notts Air Ambulance was the charity partner and assisted with the baggage drop: in return for their help runners were asked for a minimum donation and/or to fundraise for them. SBR Events also supported Nottingham Hospitals Charity.

New bespoke medals, certificates for all, free photographs and cake rounded off a perfect day.