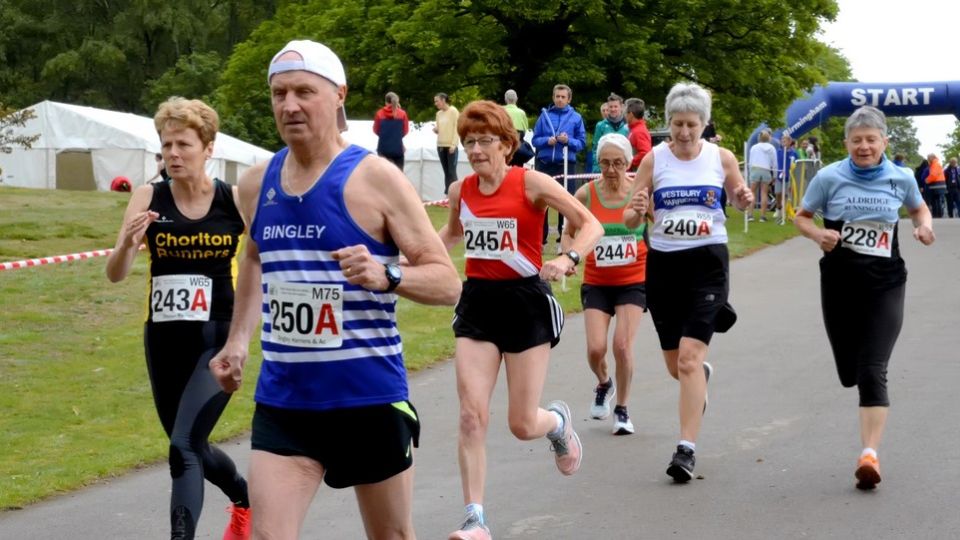 British Masters out in force for virtual relay

Master athletes are the Benjamin Buttons of the running world. Not only do they believe, with some justification, that continuing to participate in energetic athletic pursuits helps keep them feeling and looking younger, but they are also the only group of athletes who are permitted and actively encouraged to 'down-age' in certain circumstances.

A good example is the hugely successful first ever British Masters Virtual Road Relay currently taking place, with nearly 4,000 competitors aged from 35 to over 75 signed up. The relay is being held over virtual legs of 5K for every competitor and is intended to celebrate the annual BMAF National Relay Championships due to be held last month at that mecca for road relay racing, Sutton Park in Birmingham.

Already, around 1,000 results have been logged on the OpenTrack virtual recording system and over £11,000 has been raised for MacMillan Nurses charity through donations by the competitors in lieu of entry fees, which have been waived.

Team results will be confirmed after the conclusion of the event on Saturday (20 June) but there are six stages for men aged 35-44; four stages for women 35-44 and men 45-54 and three stages for all higher age groups up to 75 plus. And this is where 'down-ageing' is a significant factor because the rules permit younger teams to be completed by older competitors.

Imagine the fuss if a 21-year-old wanted to run in an under-15's relay team. Yet, in certain events in Masters athletics, it is commonplace for an over-60 to make up the numbers in an under-50 team. Oh, the joys of getting on a bit. At last, we can bend the rules and get away with it!

We will visit a virtual Sutton Park to review the event and results next week but as a taster, we can reveal the top age-graded performance at the time of writing was held by 41-year-old Liz Davies (Springfield Striders) with over 90% for her 16:54 leg.

Look out for our report on this event in runABC next week.