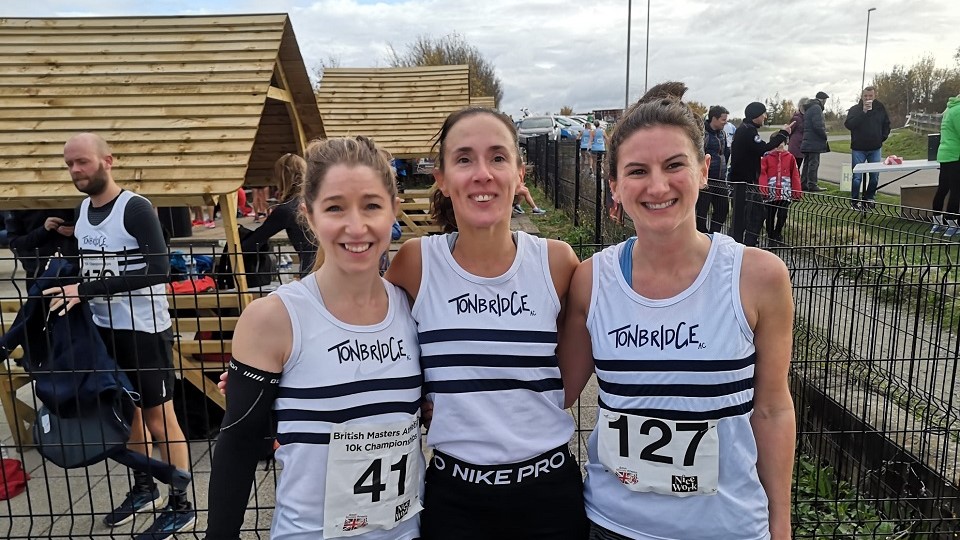 runABC South's roving reporter Alan Newman was in action alongside 172 other mature athletes in the British Masters 10K Championships at Cyclopark, Gravesend on Sunday (21 November) and brings us his review...

Covid restrictions have resulted in wholesale cancellations and postponements of events and this was never more apparent than in the age-group championships promoted by the British Masters Athletics Federation, due to the need to keep the most vulnerable safe. After all, some officials are older than the oldest competitors and we treasure them and value their commitment to the sport.

Cyclopark, Gravesend offers a perfectly safe, traffic-free course on a cycle racing circuit that conveniently measures 2.5K per lap, so four laps for the 10K distance. The venue is actually quite exciting to run as the raised deck in front of the cafe acts as a natural grandstand for spectator viewing and the sweeping route feels fast, even if the frequent hills say otherwise!

Both of these outstanding sexagenarians lapped your correspondent, who wore bib #128 and coincidentally finished neatly in that position in 47:08!