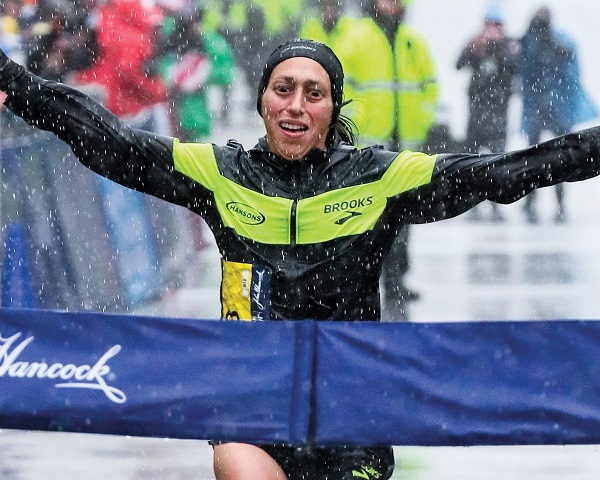 The mother of all marathons - Boston

The mother of all marathons takes place on Monday (15 April) – Patriot's Day in the USA. Boston Marathon started in 1897 with 15 runners; the 123rd edition will involve 30,000 runners and a half million spectators on the iconic course from Hopkington to Boylston.

After one of the most committed and courageous victories in Boston Marathon history last year, Yuki Kawauchi (Japan) returns as the unlikely defending champion. Kawauchi set the slowest winning time since 1976 to win last year in 2:15:58 in a crazy race that saw him start at an aggressive pace in appalling weather conditions.

Race favourite, Geoffrey Kirui (Kenya) pegged back the muscular Japanese and looked to be heading for certain victory but Kawauchi rallied and caught Kirui with a mile to go for his most significant result to date.

An American win in the men's elite race is highly unlikely but there were tears of joy when Desiree Linden became the first American woman to win Boston for 33 years after breaking away at 22 miles last year.

Linden returns in good form having finished sixth at New York Marathon in November but her best (2:22:38) is way off the pace of the fastest women entered. Head and shoulders clear of the pack is Worknesh Degefa (Ethiopia, 2:17:41) with Edna Kiplagat (Kenya, 2:19:50) the next best on time but with the experience of a 2017 Boston title to draw on.

Linden may not even be the top American as Jordan Hasay (2:20:57) has unfinished business with Boston after setting the fastest ever marathon debut by an American woman (2:23:00) on the hills of the Massachusetts city in 2017.

Hundreds of British runners take part every year (runABC's Christine Appel is in the field this year) and many travel with official travel partner Sports Tours International.