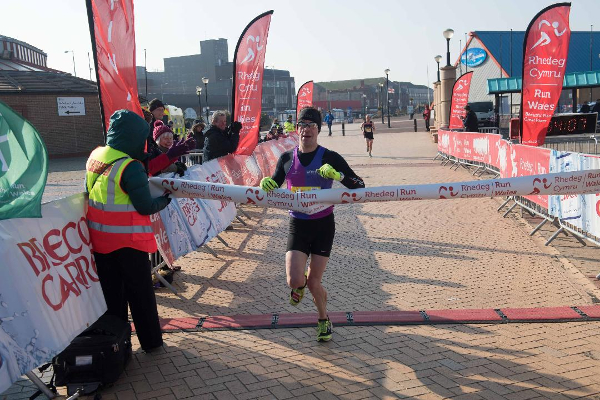 Nearly 500 runners liked to be beside the seaside on Saturday (24 February), chasing PBs at the Rhyl 10 Mile. Many including Michael Aldridge were going for those all-important British Masters age group wins.

The Rhyl 10 hosted the British Masters Athletic Federation (BMAF) 10 Mile Championships and with gold, silver and bronze medals up for grabs, upped the ante for those taking part. It was a day for the vets to take centre stage.

A bright and cold morning with icy winds formed the backdrop to this race, one of several from RunWales that also includes the popular Conwy Half Marathon. It got off to a sharp start at 10am along the promenade with runners taking advantage of the fast, flat course to post their best times. They were supported in their efforts by the helpful marshals with one in particular offering some extra encouragement to a female runner who sprinted the last half mile to finish under 1 hour 30 minutes (1:29:59).

All runners collected their T-shirt and medal at the finish which was followed by the prize presentation at 12.15pm.