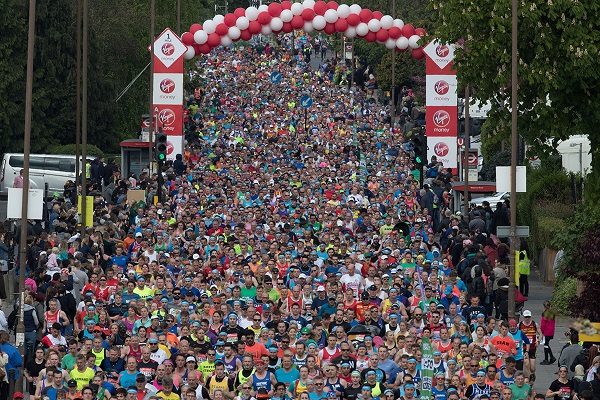 London played a major part in the Abbott World Marathon Majors (AWMM) results for the current season. Series XI of the collective of the world's greatest 26.2 mile races included Virgin Money London Marathons 2017 and 2018, plus the London 2017 World Championships, in the global ranking system that rewards the most outstanding exponents.

AWMM is a series of six of the best marathons in the world: Tokyo, Boston, London, Berlin, Chicago and New York. The series includes the World or Olympic marathons if they fall within the selected period, which started and finished in London. Series XII starts in September 2018 with BMW Berlin Marathon and will conclude 12 months later at the same event.

The dramatic events in London had a major impact on the AWMM overall results, most notably in the women's category. As world record holder Mary Keitany faded to fifth she was equal on 41 points with Ethiopia’s Tirunesh Dibaba. The top prize of $250,000 was finally secured by Keitany on head-to-head performances as Dibaba ground to a halt at 19 miles, killing off any hopes of the Abbott Series victory. Dibaba's consolation was second place for $50,000.

There was surely never any doubt that Eliud Kipchoge would win his third consecutive AWMM Series title with victory at the 2018 Virgin Money London Marathon. Kipchoge’s win continues Kenya’s total dominance of the AWMM men’s competition since its inception in 2006/07 and he now joins Irina Mikitenko and Mary Keitany as a three-time champion.

Kipchoge's success in London took him past fellow Kenyan Geoffrey Kirui to a maximum 50 points and the Series XI title. Meanwhile, Daniel Wanjiru struggled to finish eighth in London and shared third place with four other athletes. The six AWMM race directors then voted to decide who would take the $25,000 prize, with Yuki Kawauchi's astonishing victory in Boston tipping the scale in favour of the durable Japanese athlete.

The AWMM Series is not just about the elite. Any non-elite runners who successfully complete all six races in Tokyo, Boston, London, Berlin, Chicago and New York City in any timescale are rewarded with unique Six Star Finishers certificates and Six Star Finishers Medals. AWMM Series XII will include a new category for masters over-40 with an international final in Berlin in 2019. Full details at the AWMM website