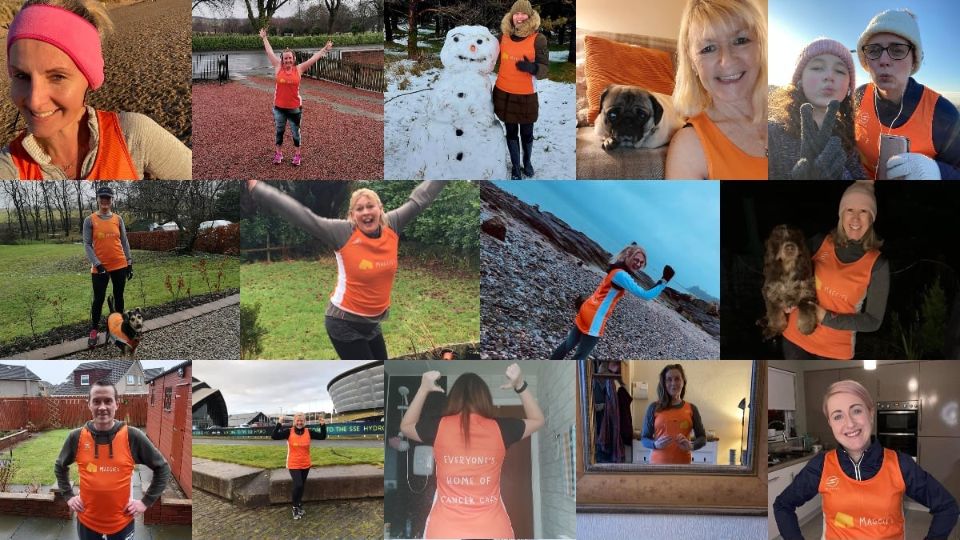 The collective efforts of Glasgow’s runners have helped raise nearly three-quarters of a million pounds for their local Maggie’s. Thousands of runners, joggers and walkers took part in the cancer centre’s January challenge. The goal: to run, jog or walk 50 miles over the course of the month and raise funds along the way.

Together, the 6000+ participants’ rainy, snowy, icy, dreich New Year miles raised over £710,000 for Maggie’s Glasgow and the people they care for, with more donations still rolling in.

After revealing the incredible sum raised on social media, a spokesperson for Maggie’s Glasgow thanked all those who took part in the challenge: “Because of coronavirus, there is an increased need for psychological support for people with cancer due to isolation, delayed treatment and poorer outcomes. Because of you, people with cancer will get the support they need. Everyone in this group is a massive inspiration to us. We are in awe of you all and can’t thank you enough!”

Runners who took part in the 50 Miles Challenge expressed their delight and pride in helping to raise such an incredible amount ‘for all the people who are involved in Maggie’s and the people who need their help’.

In addition to the satisfaction of raising funds for a good cause, runners who raised £150 will also receive a medal.

With the January challenge such as success, Maggie’s Glasgow has upped the stakes – or more accurately, the steps – for their March fundraising efforts.

Runners, joggers and walkers looking to take part in the March challenge will need to aim for 300,000 steps – roughly 150 miles – over the course of the month.