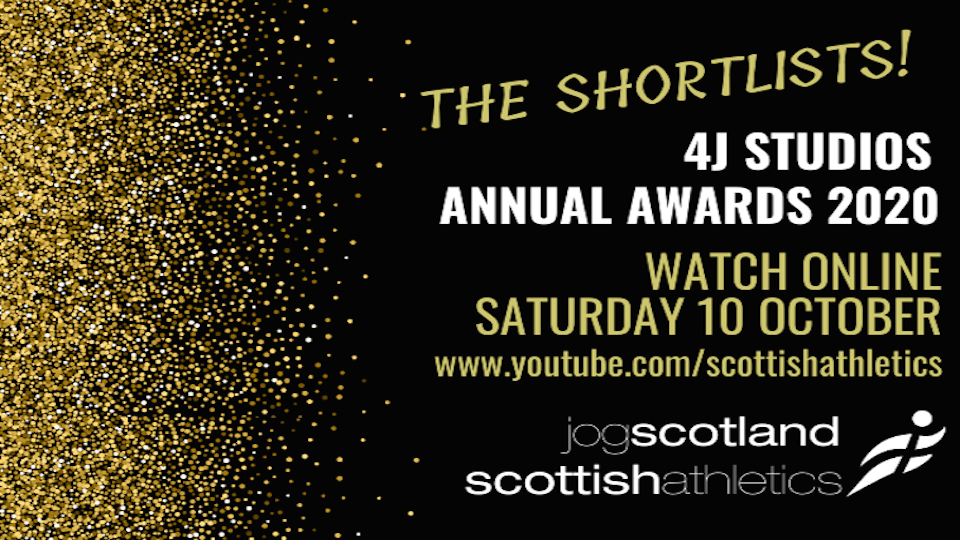 Achievement and dedication doesn't stop 'in a year like no other'

jogscotland has just announced the candidates shortlisted for the 4J Studios jogscotland Awards 2020.

Throughout lockdown and beyond, jogscotland’s groups and leaders have remained committed to building and supporting their communities. Jog leaders developed ‘daily exercise’ challenges and scavenger hunts for their groups, shared selfies and supported each other at a distance of 2m or more.

A spokesperson for jogscotland said: “2020 has been a year like no other, when achievements were virtual, friendships were digital, and uncertainty was everywhere. But despite it all, the jogscotland community has grown stronger than ever.”

She added: “We’re thrilled to be able to celebrate just some of the people who have made sure that this year will be remembered for good reasons as well as bad, the folk who went out of their way to stay active, keep others active, and to help take care of the physical and mental wellbeing of Scotland.”

Full details of the shortlisted candidates and their stories are available on the jogscotland website:

jogscotland Achiever of the Year

jogscotland Jog Leader of the Year

jogscotland Group of the Year

On The Run Cumbernauld

Mums on the Run Inverurie