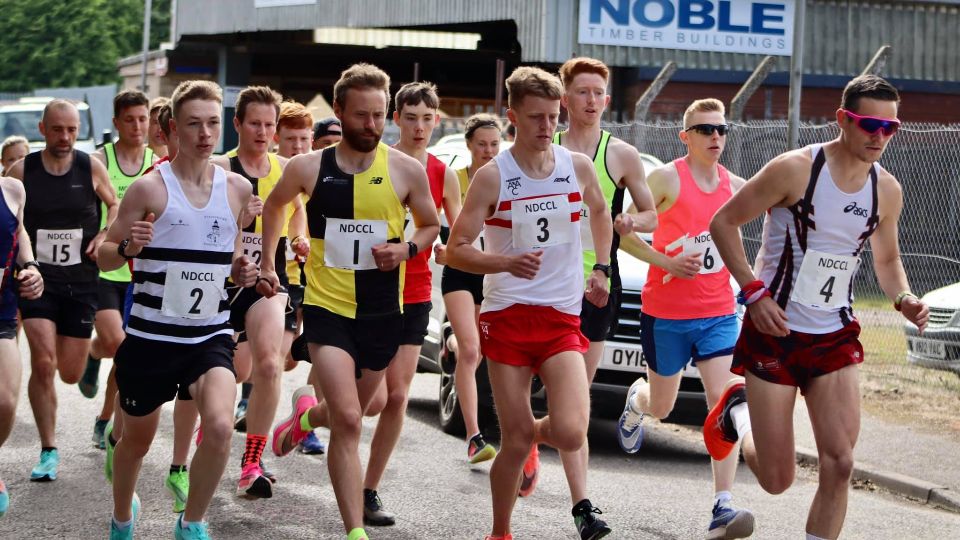 Just under 50 runners went ‘Back to Basics’ on Sunday to enjoy the return of racing to the North East.

Organised by Moray RR’s Paul Rogan, yesterday’s race followed a successful ‘pilot’ event on a well-tested – but often windy – route near the Benromach Distillery in December. The 50 available race entries were selected at random from those who registered an interest in taking part.

Speaking ahead of the free event, Rogan told Charles Bannerman: “This has been a long time coming. We had a great first race in December before things closed down again and we thought we would be OK to have the next one a month ago.”

“We are just so pleased at being able to get racing going again in the North.”

The two-wave race, which had no spectators, was won by two of the North District’s rising stars, both under 20 years of age: Megan Keith of Inverness Harriers (35.06), who recently represented Scotland on the track for the first time, and Max Abernethy of Fraserburgh RC (31.34), who recorded a PB for the distance.

Speaking after the race, 3000m specialist Keith, whose only other 10k was Baxter’s in 2019 said, ‘10ks are a lot longer than I remember them being! I think I might wait another 18 months before I do another one.’

Runners-up were Keith’s Inverness clubmate and winner of the women’s race in December, Jenny Bannerman (35.42), and Metro Aberdeen’s Ben Ward (31.49).

The next race in the ‘Back to Basics’ series will be Sunday, 4 July. Entries will open shortly, with organisers hoping to be able to welcome more runners to the start line.