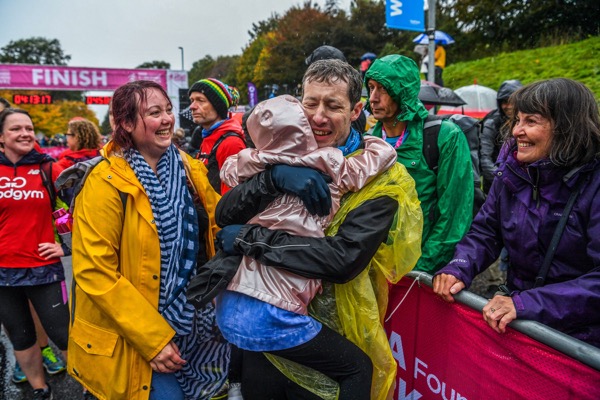 Day to remember at Yorkshire Marathon

However long the Yorkshire Marathon continues, history could well decree that Sunday’s event stands as its most memorable. On a day in which close to 8,000 runners took part, terminally ill Sean Coxhead ran what may well be his final race, there was an ultramarathon qualification for a 73-year-old veteran and, at the finish line, there was marriage proposal – she said yes.

Despite some heavy rain, Yorkshire spirit prevailed as the event, which comprised both marathon and 10 mile races, drew one of its biggest turnouts to date.

It was an emotional day for husband and father Sean, who had initially entered Sunday’s marathon with the simple aim of beating his previous time. Earlier this year, however, he was diagnosed with an incurable cancer.

After his diagnosis, Sean was determined to run his home marathon one last time for MacMillan Cancer Support. The 36-year-old crossed the finish line with his team from Good Gym – where he is a task force member – and was swarmed by a sea of fans.

Speaking at the finish, Sean said: “It feels fantastic. It’s amazing. It’s been horrific weather and it’s been hard, but the crowds have been great and cheered us on. You can’t stop. You have to push on and keep going and not let things like this stop you.”

Moments after Sean crossed the line, 73-year-old Brian Williams darted down the home straight to create a couple of action packed minutes. Coming home with a time of 4 hours 49 minutes and 42 seconds, the veteran runner qualified for his first ever Comrades Marathon – 53 years after injury had prevented him from running the race.

It was also a day that will live long in the memory for York couple Sam Beavers and Nicole Hartley. Sam surprised Nicole by going down on one knee –with some difficulty – to propose. Reliving the moment on social media, Nicole said: “Yes even after a marathon, Sam went down on one knee - though it took absolute effort and time. My hands were so swollen at the time; I could only get the ring on my little finger!”

On the race front, Paul Martelletti claimed first in the marathon with a winning time of 2:27:07, while Sale Harriers’ Katherine Wood took the female title in 2:41:33. Leeds University AC’s Joshua Rowe secured top spot in the 10 mile race in 51:38, with Lorna Young top woman in 62:11. 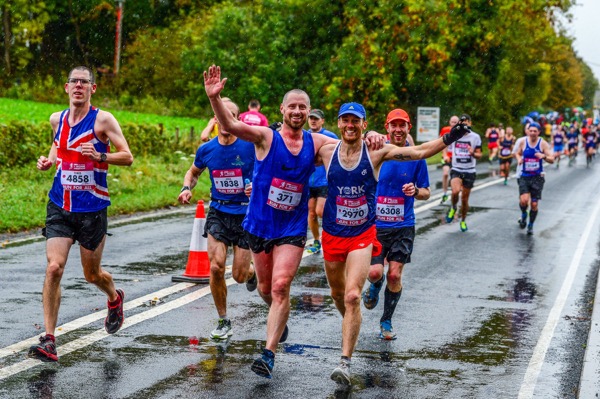