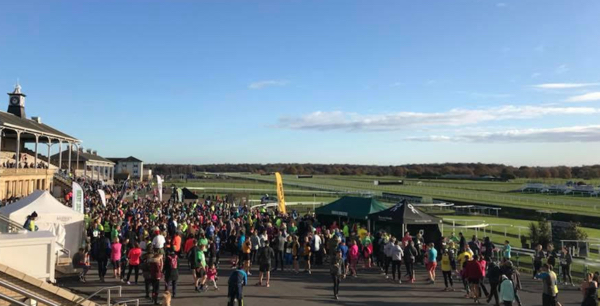 Doncaster 10K destined for another sell out

Very few events have enjoyed the same initial impact as the Doncaster 10K did last year when it burst onto the scene with over 1600 runners taking part in the inaugural race. The second staging looks set to push this even further with over 2500 already entered for Sunday 25 November.

The omens were always good for organisers Curly’s Athletes when they launched the race and they were in the enviable position of hitting capacity in 2017 with over one month.

Such has been the demand for 2018, they have increased the allocation to 3000 – a jump of 1000. A big draw for runners is the predominantly flat route that begins from Doncaster racecourse and finishes in front of the main grandstand to allow for a memorable conclusion to the race.

Former GB international Jenny Blizard headed what turned out to be a close contest with Sarah Lowery with the former finishing in 36:10 and Lowery crossing the line 10 seconds later. Doncaster AC’s Nicola Devine took third in (37:20).

The upcoming race will bring more of the same and, with an increased number taking part, competition for the big prizes is set to be even fiercer.

Entry for the Doncaster 10K remains open and is available here.