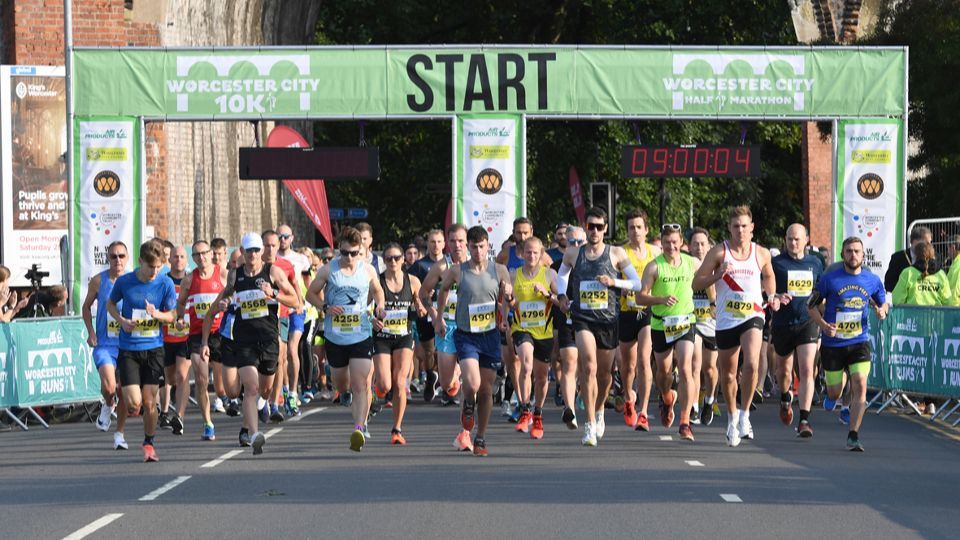 Wins all round as Worcester City Runs returns

Impressive performances and lots of fun at this multi-distance event.

Worcester City Runs raced back into action (4-5 September) after a year’s absence due to the pandemic and with a new addition – Paula’s Families on Track - that was a hit with people all ages. Athletics legend Steve Cram was amongst those taking part in the Half Marathon.

Late summer sunshine formed a backdrop to the 2021 Air Products Worcester City Runs. A joint venture between Worcester City Council and Events of the North, it stepped out once again to the delight of runners who had eagerly awaited the two-day event and the chance to mix with fellow enthusiasts whilst enjoying the racing.

It started on Saturday with Families on Track, a 10K Relay powered by Atom Bank that was created by Paula Radcliffe as a fun and competitive way to get fit and active. Adults and children formed teams and ran 1K, 500m and 250m laps to complete 10K in total on a safe course within the grounds of Worcester Racecourse. Paula, her two children plus two competition winners joined more than 50 teams in a lively event which provided an antidote to the stresses and strains of the last 18 months.

Sunday was the turn of the 10K, Half Marathon and Young Athletes Run. Club runners, charity runners, first-timers and sporty youngsters made the most of scenic routes that included a stretch along the river. Well organised and supported with a big city vibe, it ticked the boxes for everyone and the fine weather was an added bonus.

Gary Whitehouse of Tipton Harriers won the Half Marathon in 1:13:52; Gemma Hillier-Moses of Charnwood AC was the winning female in 1:18:16.

In the 10K, Omar Ahmed of Birchfield Harriers added another win to his tally, crossing the line in first place in a time of 29:40. Sally Russell of Black Pear Joggers was the first female in 41:03.

A full set of results from the 10K and Half Marathon can be found at the RunABC Midlands Race Listings page.

In the words of Steve Cram: “Yet again, Worcester delivered on every level”.