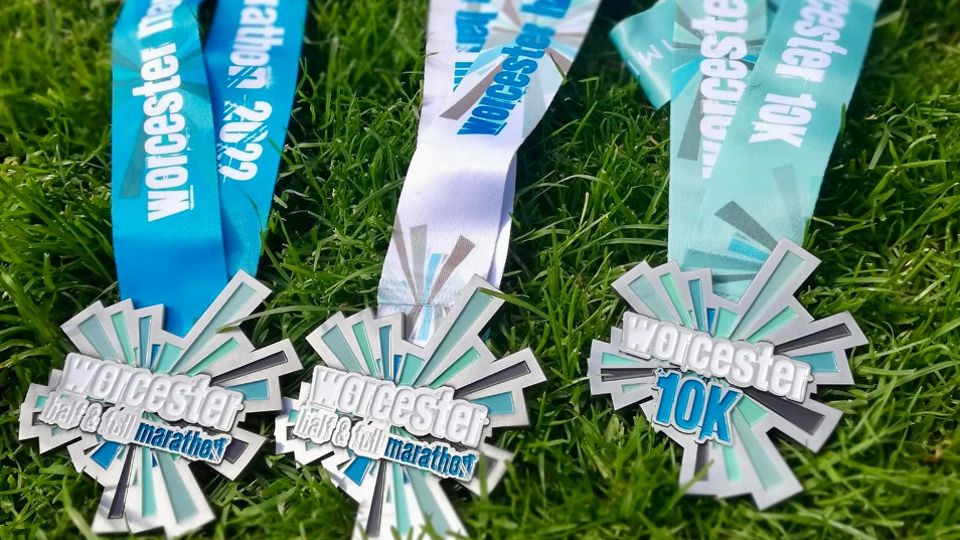 Three was the magic number with strong runs in the marathon, half marathon and 10K.

Where there’s a will there’s a win, a PB or another race towards a world record at the Worcester Marathon, Half Marathon & 10K (Sunday 23 May) from Tempo Events. An undulating course on a warm day made it tough going but rewarding nonetheless.

Hills, heat and hard work for participants in these three races but marshal support helped them to achieve their goals. It was the 11th outing for this popular late spring event, based at the Sixways Stadium - home of Worcester Warriors Rugby Union Club - and a well organised affair in an attractive location.

The Half and full Marathon started at 9.30am close to the stadium where runners completed one lap or two laps on rural roads through scenic villages  before finishing back at Worcester Warriors. It was the turn of the 10K runners at 10am who followed a shorter route that included sections of the half and marathon course then onto the finish under the arch at the rugby ground.

There was a warrior mentality shown by many as they dealt with the ups and downs of this course.

In the marathon, Julian Ayres of Trismart was the winner in 2:55:40; Charlie Siveter of Reading Roadrunners the female winner in 3:31:50. ‘The Man Inside The Machine’ Steve Edwards pushed through the pain of a tight hip/glute to finish in 3:37:00, third MV55 and another step closer to the world record of 1,000 marathons.

Ian Radford of Black Pear Joggers took the top spot in the half marathon in 1:13:02 and Tash Allock of Malvern Buzzards was the first lady in 1:42:03.

All the results from the three races can be found via the runABC Midlands Race Listings page.

There was a bespoke medal and t-shirt to finishers in the Marathon and Half Marathon and a medal for those in the 10K. A portion of the race entry fees donated to local charity St Richard’s Hospice.