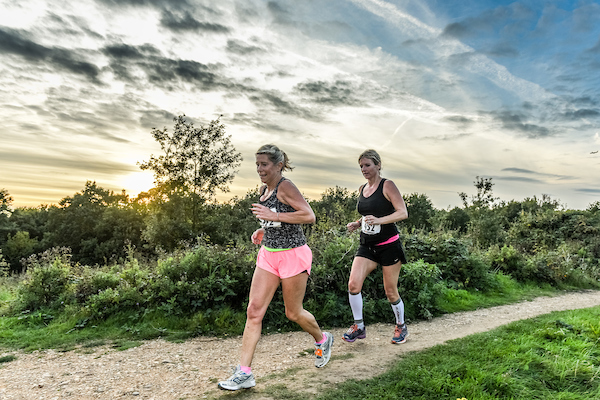 Make mine a half this weekend

As we continue to race through September there are around 50 events recorded in runABC South's comprehensive race listing this weekend. We turn the spotlight on a number of top quality half marathons that feature in the fixture list on Saturday (22 September) and Sunday (23 September).

Wimbledon Marathon Festival (pictured above) is based at Wimbledon Common and is described as 'London's toughest marathon'. Along with a growing trend, this Saturday event offers options within the main race to run one lap (10.55km); two laps for the half marathon; four laps for a marathon plus a relay with any combination for two, three or four runners. This is a challenging but scenic multi-terrain circuit with 350m elevation per lap.

If flat is where you're at then even more choice of race distance, from 5km to ultra-marathon, is available at The Running Man 2018 on Saturday. This Phoenix Running promoted event at the Excel Leisure Centre, Walton-on-Thames boasts a flat and fast, out and back 5.3km course on the beautiful River Thames towpath. Runners clock up as many laps as they wish – four for the half marathon – within a six hour time limit to claim the bespoke running man 3D medal.

If the 9:30am start time is a problem or you prefer to start the weekend with your usual Saturday parkrun, Phoenix Running have that covered. Night Phoenix starts at 3:30pm immediately after The Running Man has concluded. The programme is the same but the atmosphere changes as you run into the evening. And yes, some people have been known to combine both events for a massive 12-hour challenge!

Sunday morning is the more conventional time slot for 13.1 mile races and there are some fine examples of the genre this weekend, headlined by Simplyhealth Great Bristol Half Marathon. Part of the Great Run Series and now in it's third year, this massive event will draw 10,000 runners to Bristol Harbourside. The original Bristol Half Marathon was first staged in 1989.

Traditional half marathons can also be found on Sunday at Beckenham, Kent; Solent, Hampshire; Winchester, Hampshire and a little further south at Disneyland, Paris.