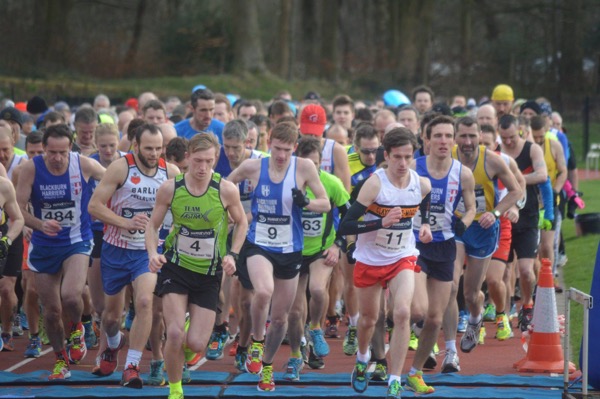 Blackburn’s annual 10k race is just around the corner with the event once again set to pull in a sell-out field. The Winter Warmer 10K, scheduled for Sunday 4 February, is known for the vocal support given to runners and an exciting course that moves through the stunning countryside at Pleasington.

Next month’s event will see runners depart on the athletics track and then climb the heights of the famous (amongst local runners!) Buncer Lane, then descends through the stunning countryside at Pleasington then back through the park for a racing finish on the track.

It was victory for Blackburn Harriers too in the female field as Elizabeth Greenwood secured first in 38:39, Victoria Mousley (41:02) and Christine Singleton (42:09) followed.

Entries for the Blackburn Winter Warmer, which also includes a 2k junior run, are full for 2018. Keep an eye out for our race report early next month.