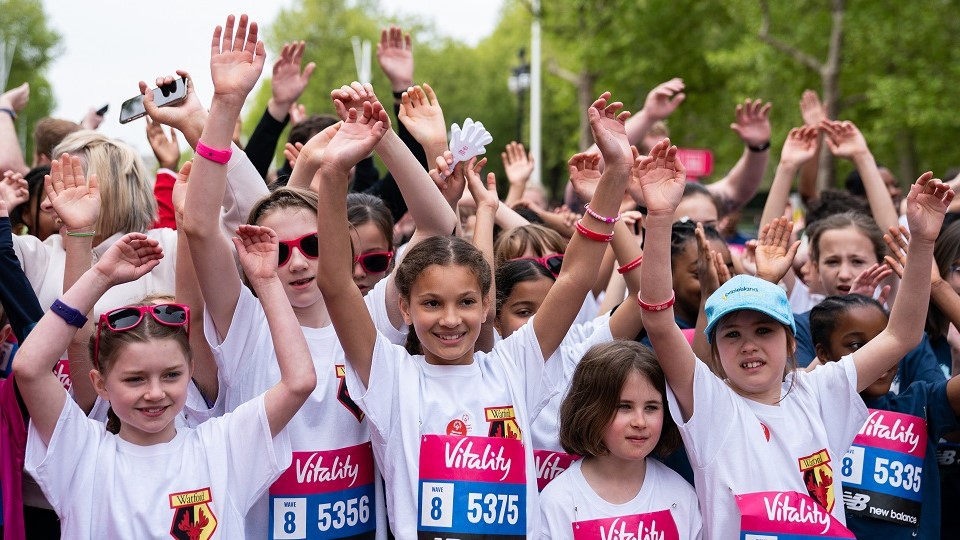 Fifteen waves of joy in this year's Westminster Mile

The Vitality Westminster Mile promoted by London Marathon Events returned to its traditional home in London’s St James’s Park on Sunday (1 May) after an enforced two-year break from central London due to the pandemic, as thousands of participants of all ages and abilities ran a mile with a smile.

In nearby Green Park, the free Vitality Wellness Festival attracted participants, their families and friends – and some curious passers-by – throughout the day, offering them the chance to rest, recuperate and enjoy activities ranging from have-a-go sessions with England Netball and England Cricket to the Vitality Tumbleator – a giant treadmill that provided plenty of thrills and occasional spills for anyone brave enough to test their pace!

In total there were 15 waves, including dedicated events for organisations like parkrun, plus school and London United miles, among the popular family waves. The day concluded with a wave for Special Olympics GB – the organisation that uses sport to foster inclusion and community support for people with intellectual disabilities.

This year there were no elite races and only one adult wave for those looking for a fast time. Simon Byrne of Swindon Harriers was first to cross the spectacular finish line in front of Buckingham Palace in an impressive 4:20. “I’ve never done this race before, so I didn’t really know what to expect; I was surprised to win!” he said afterwards. Byrne was closely followed by Ben Short (Crawley, 4:21) and Matt Woodward (Swindon, 4:21).

The women's race was won by Martha Wightman (Edinburgh AC, 5:17) – the sister of Tokyo Olympian Jake Wightman and daughter of international marathon runners Geoff and Susan. Despite her family pedigree, Martha seemed a bit surprised by her winning run. She said: “I didn’t expect to be the first. But I did enjoy it – sort of!” Susan McDonald (Veterans AC, 5:31) was second in a UK W50 rankings lead time for 2022 and Bettina Urlbauer (Hercules Wimbledon, 5:31) was third as 380 finished in 20:55.

Competitor Joe Watts (Tonbridge AC, 5:20) enjoyed a PB and gave runABC South his thoughts on the day: "The event had a very relaxed feel and there were plenty of facilities for runners, due to the fact the 10K takes place the following day. The bag drop was smooth and there were probably enough portaloos for one per runner! The adult wave included club runners of all ages as well as more novice runners and it felt more like a parkrun than a competitive race. However, once the race was underway it was clear there were some very decent runners amongst the field".

Among the extremes of age groups participating were over-80s Eva Osborne (Wymondham AC, 8:36) and Ian Bracken (Tunbridge Wells Harriers, 12:35), and two-year-old Eadie Appleby and her big brother Hamish (4) who ran around 17:30 with proud parents Richard and Claire. 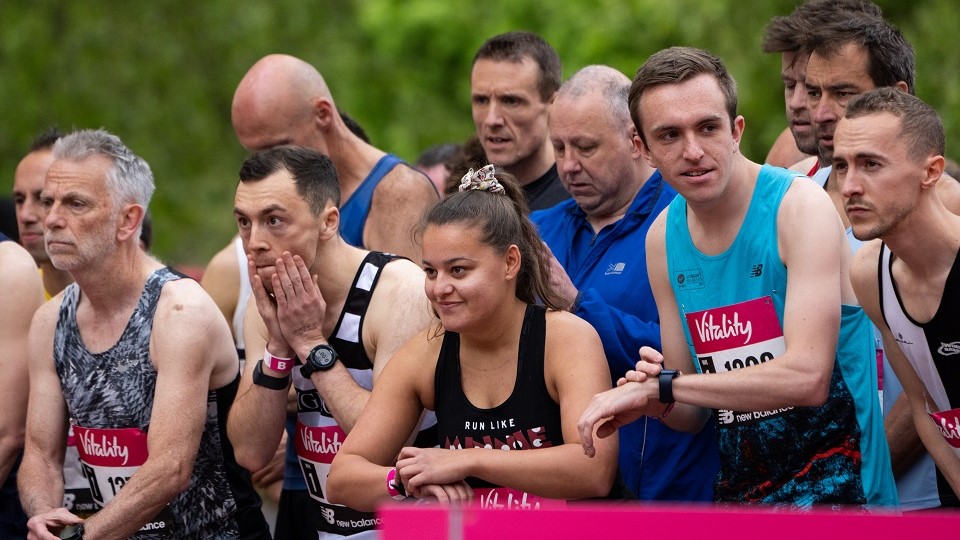