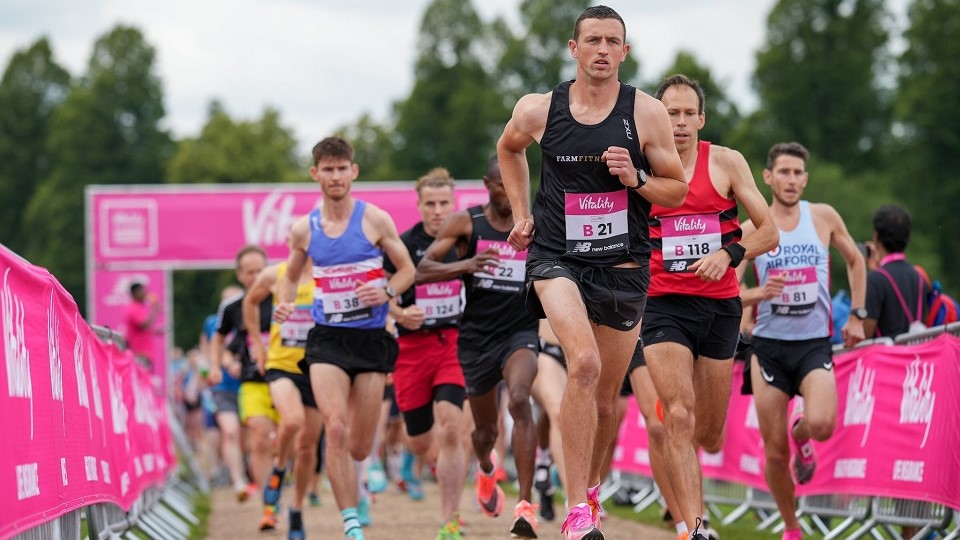 Some people are calling it Super Sunday. It is now! On a bumper day of sport, which included the Wimbledon men’s final and UEFA Euro 2020 final at Wembley, participants flocked to the beautiful and historic setting of Hatfield House, Hertfordshire to join a festival of running for all ages and abilities.

Vitality London 10,000 and Vitality Westminster Mile were both due to take place in May in central London but were cancelled due to the pandemic and moved to the new location of Hatfield House. Both events normally host the British Championships but the emphasis on Sunday was more on the sheer joy of running together as the return of mass participation events took an important stride forward.

Vitality London 10,000 at Hatfield House was the first event of the day. Runners started in three waves: two with mass starts for up to 1,000 runners and one socially distanced with runners setting off at two-second intervals. The fastest athletes overall were Andrius Jaksevicius (Belgrave Harriers, 32:26) and Cadie Hibberd (Stratford upon Avon AC, 41:02).

Next off was the Vitality Mile at Hatfield House with five waves for wheelchair participants, adults and three family waves of people jogging or walking a mile together. Families stayed on to enjoy the sunshine in the picnic areas and Kids Zone with outdoor games and the famous Tumbleator, a giant treadmill where everyone could discover how long they could run at world record speeds!

Hugh Brasher, Event Director of London Marathon Events, said: “It was wonderful to welcome thousands of people enjoying running together in the beautiful setting of Hatfield House on what truly is a Super Sunday of British sport.

"The success of the England football team will have inspired many people, as will the Olympic Games later this month. It is, therefore, so important that mass participation sporting events, such as these today at Hatfield House, return to cities and parks across the country to enable people to get active for both their physical and mental health. Extensive scientific research worldwide has shown that the risk of transmission of Covid-19 outdoors is negligible.”

The Hatfield House races were part of a phased return of mass participation events organised by London Marathon Events (LME). In May, LME hosted the Reunion 5K, a pilot event for the Government’s Events Research Programme and on Tuesday 20th July, the Standard Chartered Great City Race will be the first mass event to be held on closed roads in London since the start of the pandemic.

Link to results from Vitality London 10,000 and Vitality Mile at Hatfield House can be found at runABC South race listing