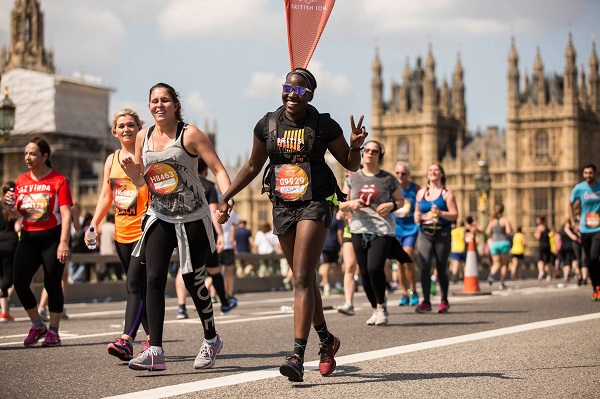 Dame Kelly Holmes will be among the 10,000 runners set to take over the streets of London for the Virgin Sport British 10K on Sunday morning (15 July). The former double Olympic gold medal winner will run as ambassador for the West Kent Mind charity.

Virgin Sport British 10K starts at 9:30am alongside Green Park and the course weaves its way through the heart of the capital on closed roads past Piccadilly Circus, St James's Palace, Trafalgar Square, The Embankment, Big Ben and Westminster Abbey.

GB internationals Scott Overall (Blackheath, 31:05) and Gemma Steel (Charnwood, 33:36) were last year's winners as more than 100 runners ducked under 40-minutes on this iconic route – described by the organisers as the ultimate foot tour of London's finest sights.

Charity is a key element of this huge street party and while general entries have closed there are a few last minute places available through the event's official charity partners. Cancer Research UK is the lead charity for Virgin Sport British 10K this year.

All finishers will receive an exclusive T-shirt by ASICS, medal, tote bag, various swag and free race photos. Having finished the race it will be time to party and the comprehensive event details include an After Race Guide to the Regent Street Association's Summer Streets festival of culture, food & drink, wellness and lifestyle.

This year's race will celebrate the centenary of British women gaining the vote. To mark the occasion, Virgin Sport British 10K has teamed up with UN Women UK, the only global agency dedicated to gender equality. Together they have created 'Westminster 100': A star-studded fundraising team that will raise funds to help women across the globe achieve voting equality!