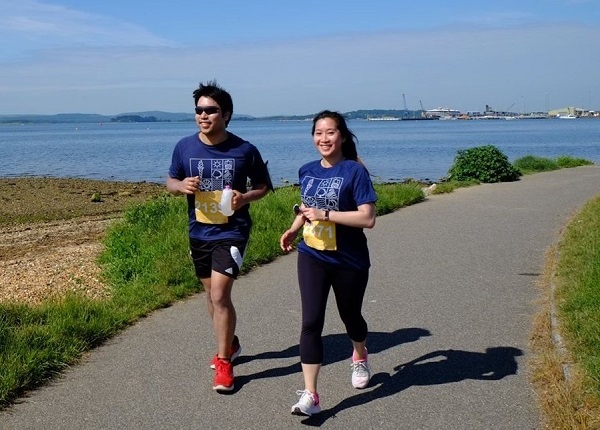 Poole Festival will get summer running

The Poole Festival of Running (PFOR) is organised, appropriately enough, by Poole Runners and is the pick of the action on the first weekend of what we all hope will be a flaming June.

The summer seems to be a little slow in getting up to pace this year but 15-20C and some sunshine is forecast for both days of Poole's premier running event with more than 2,000 competitors expected to enjoy perfect racing conditions.

Last year there were 1,900 finishers in the eight races which comprise PFOR, starting with the Children's Minithons and Poole Charity 5K on Saturday evening (1 June). The original Poole 10K will anchor the programme on Sunday (2 June) alongside the recently introduced Poole Half Marathon.

This celebration of running on Dorset's fabulous coast is based at the centrally located Poole Park and race routes include some or all of the following scenic locations: Whitecliff Park, Baiter Park, Poole Quay, Holes Bay, Upton Lake, Upton Country Park and Poole Park Boating Lake. There can be few more attractive areas to run and the courses are, perhaps surprisingly, almost completely flat.

The traditional Poole 10K has seen some changes over the years. The biggest improvement has been an alteration to the former two-lap course to an out and back loop that takes runners on a scenic tour of Poole Quay and Harbourside. The defending champions are M40 Steve Way (Bournemouth, 32:41) and Leigh Lattimore (Harrow, 36:21).

The Saturday night Charity 5K does provide an opportunity for runners to double up to make the most of their weekend stay in Dorset. Jacek Cieluszecki (15:51) was the most successful of those last year as he took the honours in the shorter event before returning to win the half marathon. Fern Kimber (Poole Runners, 19:06) gave home supporters plenty to cheer in the women's race.

Full details at the Poole Festival of Running website

Look out for runABC South's report next week.