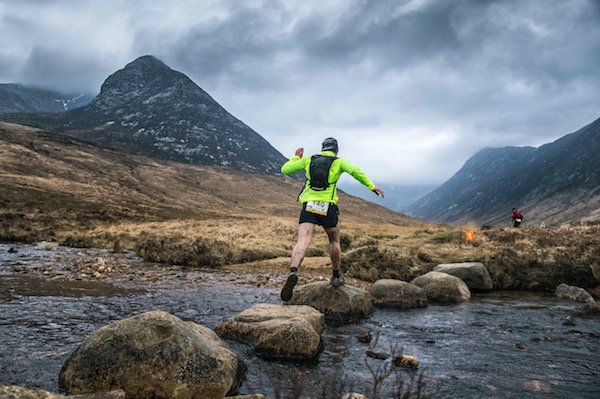 Run Scotland ‘in miniature’ in the Ultra Tour of Arran

The Ultra Tour of Arran (UTA), a two-day, fully supported and waymarked, off-road adventure run, on a mythical island some call ‘Scotland in miniature’, will return on Saturday 13 and Sunday 14 April.

The event, which packs a hefty 100km ultra distance route around the island with an overall vertical gain of 10,679 feet, is organised by Race Race Adventure Sports.

The UTA is suited to a range of athletes from elite fell runners to amateur sporting enthusiasts with a good base level of fitness. It is an achievable step up from a marathon into ultra-running territory, for both solos and pairs, who have prepared well and put in the training miles.

When signing up runners have the option to take on the challenge of day one only (45km) or the full two-day 100km Ultra distance.

Day one (between four and eight hours of running) is characterised by quiet paths, forest trails, some boardwalk sections, some tarmac sections through villages and a lot of forest dirt roads.

Day two (between six and 12 hours of running) is virtually all off-road with some serious mountain sections – there might even be snow on the hilltops – where the going is decidedly rough underfoot. There will be several scheduled pit stops interspersed on the route each day, for that much needed quick rest and refuel.

Jim Mee, MD of Rat Race Adventure Sports, told runABC Scotland online: "We are very pleased to be returning to Arran in 2019. The island has so much to offer our Rat Racers and their supporters over and above the huge variety of running terrain from north to south. It has its own whisky distillery, brewery, craft gin, artisan cheese, aromatics, quality local food and drink together with that incredibly special island hospitality.

"What seemed to appeal most to our 2018 particpants was setting sail to a stunning and dramatic location where they felt a million miles away, yet they were less than an hour from the mainland; a true adventure weekend."