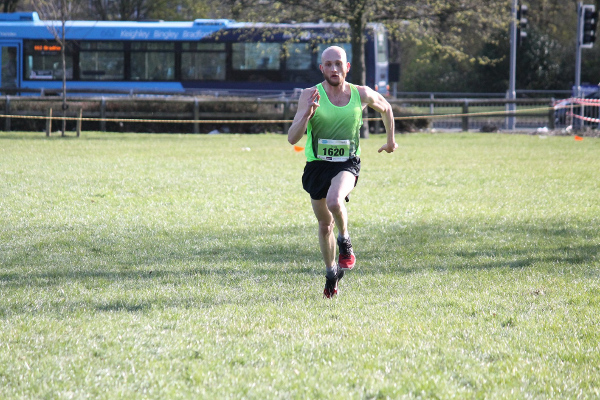 Craig Shearer powered his way to a win at the Keighley BigK 10K & 5K on (Sunday 31 March). He was amongst more than 1,000 runners doing their bit for Sue Ryder Manorlands Hospice.

The running community marked Mother’s Day by lending its support to Sue Ryder at the 10K/5K double header. Many people ran in memory of their mothers whilst others took part alongside their mum at this special event that has raised thousands for the charity over an 11-year period.

Both races were held on a challenging, multi-terrain course that attracted a quality field of runners. The 10K started at 9am from Victoria Park followed by the 5K at 9.15am in Lund Park - and entrants in both followed a circular route on roads, paths and parks to finish in Victoria Park.

In the 10K, Craig Shearer of Barlick Fell Runners was first across the line in 33:42. James Wilson of Driffield Striders was second in 34:52 and Sam Clegg of Rotherham Harriers third in 35:11.

Jo Buckley of Bingley Harriers was the first female in 41:39 followed by Bethany Brunskill of Oakworth Road Runners 1 in 42:24. Emma Hinkles was third in 42:48.

Charlie Robinson won the 5K in 22:36; Alice O’Sullivan of Keighley and Craven AC was the fastest female in 25:58.

There were medals for the first three finishers across 13 different age categories and the individual/groups that raised the most in sponsorship for Sue Ryder Manorlands.

Hospice volunteer Sally handed out red carnations to every mother who crossed the finish line.