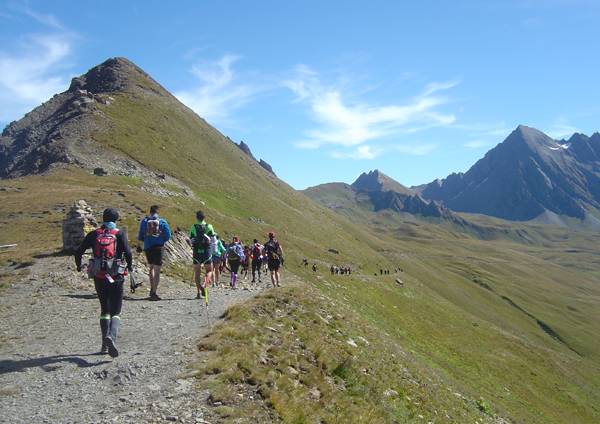 This week sees the hosting of one of the world’s most renowned ultra-distance events. The Ultra Trail du Mont Blanc begins in Chamonix in the French Alps and at one time, the race might have been considered as something of a cult event.

But today it is the centrepiece of a week-long festival of ultra-running in the French town and is recognised the world over by close followers of endurance sport. Known more commonly as UTMB, the event has grown in stature in the last 10-20 years as people seek unique challenges beyond the norm.

Covering 166k of trail and a total elevation gain of 9.6k, its breathtaking (literally and figuratively) route covers three countries, winding through France, Italy and Switzerland. It is not alone though in its bucket list status among the international endurance community. Here’s a few others that would make most wish lists…

A week-long slog through the Sahara Desert, covering over 150 miles. It averages about a marathon per day with just one rest day. Unforgiving terrain, unforgiving environment and unforgiving blisters too.

The world’s oldest ultra. The event covers 90k between the South African cities of Durban and Pietermaritzburg, alternating in direction each year. The race attracts a huge international entry each year from around 60 countries. 2021 will mark the 100th anniversary of the first event.

Oxygen depletion is always a concern for any marathon runner. But throw in the challenge of running at altitude in the shadow of the world’s highest peak? Then you are really talking to the endurance junkies of the world. Run over the traditional 26.2 mile distance this race peels down from Everest Base Camp to Namche Bazaar. Downhill it may be, but it is still at serious altitude, starting at 18,000 feet.

To truly tread in the footprint of history. This is a race that has few peers. Covering over 150 miles, the event covers the route Phedippides ran from Athens to Sparta. It also includes traversing Mount Parthenon at night.