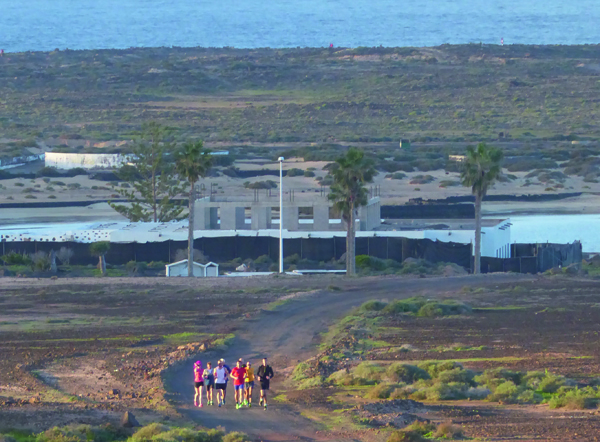 It was as the weather madness in March was at its height and I was holed up at home - too icy to head out for a run and too miserable to enjoy it even if I did force myself - that my thoughts turned to Club La Santa (CLS) and memories of an amazing trip there last year (writes Olivia Fazackerley).

The attraction of warm year-round weather is CLS’s underlying attraction, that and a wonderful range of facilities that kept me happy and active for a full week. The ability to chill out and to recover both physically and mentally was an added, but crucial, bonus.

It was late March when I headed to Lanzarote, travelling with my partner, Alan. We both wanted an active break although my agenda was more full-on as I was putting the finishing touches to my spring marathon prep while Alan with more interested in getting back in shape after hibernating for most of the winter and maybe trying a few new activities.

Green for Go
We were happy after an early inspection of the main facilities - the tennis courts, the running track, the bike centre, 3 x 50m swimming pools, and various outdoor arenas for classes: indoor facilities include a gym and a spa. We also noted the sports shops, a supermarket and a launderette.

The following day we both headed along to meet the Green Team and joined them for their daily morning run - there were 2k and 5k options. We went out for a leisurely 5k and it was good to meet some other runners and to chat to the Green Team and get a few tips for longer runs. As I was to discover there is a great network of quiet roads, tracks and trails across the island, ideal for me as I it was a big week on my marathon training schedule.

The rest of Day 1 was exploratory, some mid-morning sun - it was a holiday after all, followed by a relaxing lunch and a game of tennis in the afternoon. A dip in the pool,
a pre-dinner cocktail and some good food meant an easy introduction to our stay.

The wind in our hair
On Day 2 I skipped the morning jog - Alan enjoyed a short 2k spin - as I had arranged to head out on a 12k off-road run with the Green team. We met up later to share stories over lunch - Alan of an introductory wind- surfing session and me of my run before we both headed to a pilates class. After all that we had a quiet evening and an early night!

Don’t forget the recovery
On Day 3 I was set for a big one. Encouraged by my trail run the previous day I had planned a 17-mile long slow run for the early evening so I enjoyed a high-carb lunch and a relaxing afternoon poolside. My run was superb, cooler towards the end of the session but great scenery that kept my mind off of the effort. A high protein dinner rounded off a great training day.

For me Day 4 was strictly about recovery although later in the day Alan and I took a short stroll to La Santa village to check out the bars and cafes. Earlier while I had been enjoying the sea views, Alan had graduated from wind-surfing to paddle boarding which he had tried with his new friends from the morning run. In the evening we bumped into a group of fellow runners from a London club and they invited me to their planned track session.

Stars of track and field
I shuffled my schedule to make it work and nailed a few Yassos the following day while the adventurous Alan decided to drop down the gears and take in a Tai Chi class. There was quite a lot of ‘rest and recovery’ that evening as the Londoners and Alan’s morning pals joined us in the bar for a few drinks. There was a lot of talk of the autumn International Running Challenge - four official races of various distances and terrain - and Alan and I headed home having committed to a return trip in November!

People having fun
On our last full day we decided to pack a lot in and signed up for a spin class, did a few lengths in one of the 50m pools and had a great gym session. That evening as we reflected on an active but relaxing week we bumped into a family we knew from Stoke. Jackie and Ray were visiting Club La Santa with their three young kids. They were in high spirits.

Jackie enthused: “We’ve had a brilliant week. The kids have loved it. We took them to Play Time (Club La Santa Ìs morning activity club) most days and they got involved in all sorts of things - movement, painting, crafts and loads more. Afternoons they had swimming and tennis lessons. Ray and I went for a cycle one day and spent some time in the pool but mostly we just chilled.”

Whether you’re hardcore like Olivia or adventurous like Alan or you simply need a family break like Jackie and Ray, Club La Santa will work for you. 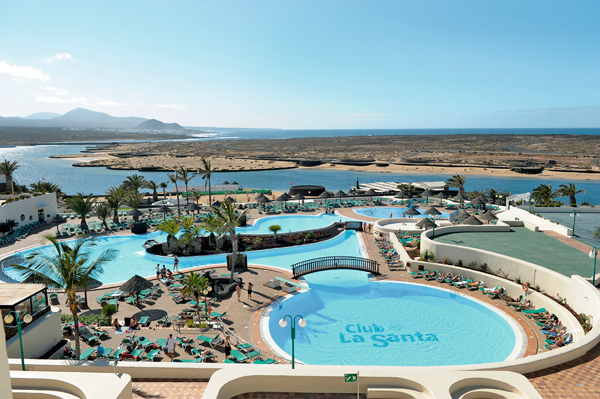