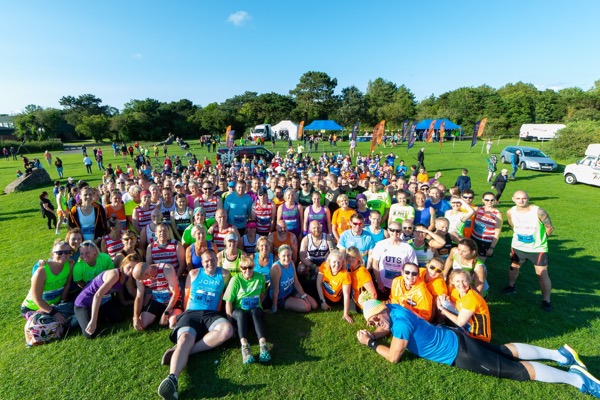 Perhaps the strongest indication of how cherished BTR Liverpool’s Tour of Merseyside is can be found in the fact that just a matter of days after the close of the 2019 event, 400 of the 500 places set aside for next year have already been snapped up.

This is the seventh consecutive year for the endurance challenge, which was created by BTR Liverpool race director Alan Rothwell and comprises six races across seven days covering 52 miles.

First staged in 2013, the unique race has gone on to become a real highlight in the North West running calendar. And once completed, competitors collect the coveted ‘52’ commemorative finishers’ medal and have the right to call themselves a Tourist.

The Tour kicked off on Sunday (30 June) with the Southport Half Marathon, where runners were guests of Epic Events. The next evening (Monday 1 July) entailed six miles along Thurstaston beach and trail terrain, followed by 10 miles on the Sustrans Loopline in Walton on Tuesday evening (2 July).

After a rest day, the Tourists were up and running once again with the Raging Red Bull 5 on Thursday, before a tough double header with six miles cross country at Stadt Moers in Knowsley on Friday evening (5 July), followed by the final 12 miles along the Wirral coast on Saturday morning (6 July). There was a Day 6 boost in the shape of a team from Race Angels, who provided support for flagging runners over the final testing miles.

The mettle of this year’s Tourists was there for all to see and over 400 runners completed the gruelling challenge. Of these, Matthew Crehan of St. Helens Sutton recorded the fastest overall time of 4:40:13, with Chris Pownell of Knowsley Harriers second in 4:55:30.

Fastest overall tourist Matthew Crehan summed up the spirit of the event: "It’s been an amazing week competing in the Tour of Merseyside. Fantastic to run with so many amazing people each day and great support from volunteers and family and friends."

The 2020 Tour, scheduled to begin Sunday 28 June, is already in high demand – entries are available here.