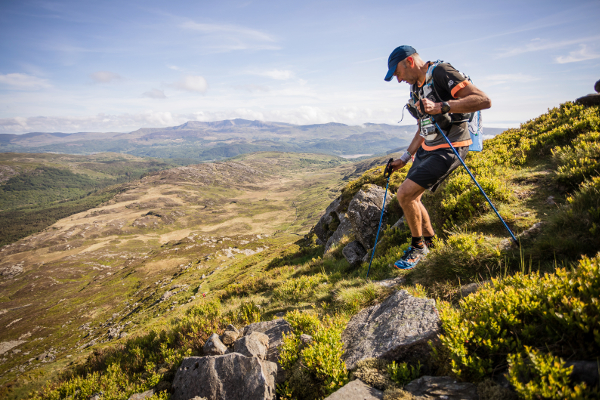 Dragon's Back Race – The Way It Was

A top team of extreme athletes from the worlds of ultrarunning, mountaineering, climbing and cycling are on the bill at the Buxton Adventure Festival. Watch and listen to their epic achievements at this autumn/winter programme.

This popular programme of speakers, film and photography returns in September and again features highly motivated and driven individuals in extreme situations. They have gone beyond their physical and mental limits to find out what they are capable of as they wrestle with difficult terrain, challenging weather and the ever-present risk of injury and/or illness.

The festival action starts on 17 September with mountaineering filmmaker Leo Dickinson and his experiences in Patagonia where together with climbers Eric Jones and Mick Coffee, they reached the summit of two volcanoes. Eric Jones will join him on stage that evening.

On 22 October adventure athlete Huw Jack Brassington will look back on his endurance feats that include the brutal Dragon’s Back Race as part of his talk ‘Old Man in the Chair’. The evening will feature a screening of his film ‘Riding the Dragon’ (Ar Gefn Y Ddraig).

Adventure filmmaker Alastair Lee is known for his award-winning climbing films. On 19 November he will reminisce about his trips to some of the most remote places on the earth before introducing his Brit Rock Film Tour.

In 2018 endurance cyclist Jenny Graham cycled around the world in 124 days to become the fastest woman to do so. She was self supported throughout. Jenny will talk about her world record breaking ride on 10 December.

These monthly events are held at the Pavilion Arts Centre in Buxton, Derbyshire.