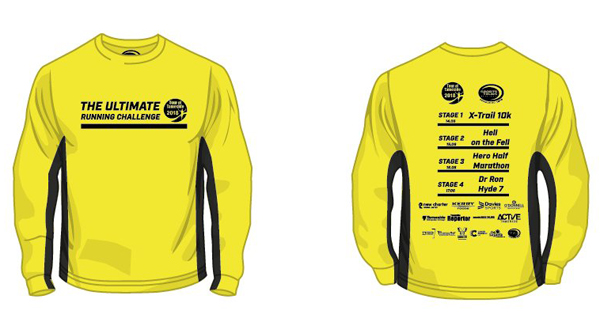 Runners Fly In For Tour Of Tameside

There's just over a week now until the start of the Tour of Tameside 2018. And runners are gathering from around the UK and from around the world to take part in this 4-race test that was re-launched in 2015.

runABC North reported last month that Manchester exile Michael Brown was finalising his preparations for the Tour in Perth, Western Australia and scheduling 5.30am starts to avoid the fierce Australian sun. Meanwhile in Germany, Marcus Gaede and a group from LC RonHill Berlin are getting set for the trip to England.

LC RonHill Berlin is a German running club but are proud to carry the name of the great British marathon runner. Marcus told runABC North: "In the former German Democratic Republic (East Germany) there was a sports club which needed a new name after the reunification of Germany, because the previous name was linked to a local factory which no longer existed.

"One of the members knew Ron Hill and asked his permission to give his name to the sports club. Ron agreed and this became the name of the new running club in 1991. We have a special certificate to authenticate the link with Ron Hill."

LC RonHill Berlin will be based in Saddleworth so are well-placed for each of the four races. They will also be bringing their Ron Hill club banner so local runners will be able to recognise the visitors.

Nearer home Jenn Barlow is looking forward to returning to take part in the 2018 Tour. Jenn said: "I ran the Tour for the first time last year after being encouraged by my husband. He was a regular TOT competitor back when there were six days of events.

"Last year was the 25th anniversary of my husband last competing , so we did it together, it was a very special event and now we have pictures of my husband finishing in the 1980s and in 2017. The Tour of Tameside holds a very special place in the Barlow household, I just hope it’s not as hot this year as last."

The Tour of Tameside is a four-stage event which starts on Thursday 14 June with a 10k trail race and continues the following evening with the Hell On The Fell Race (Friday 15 June). The Hero Half Marathon is the third leg and takes place on Saturday morning (16 June) before the finale at the Dr Ron Hyde 7 Mile Race (Sunday 17 June).