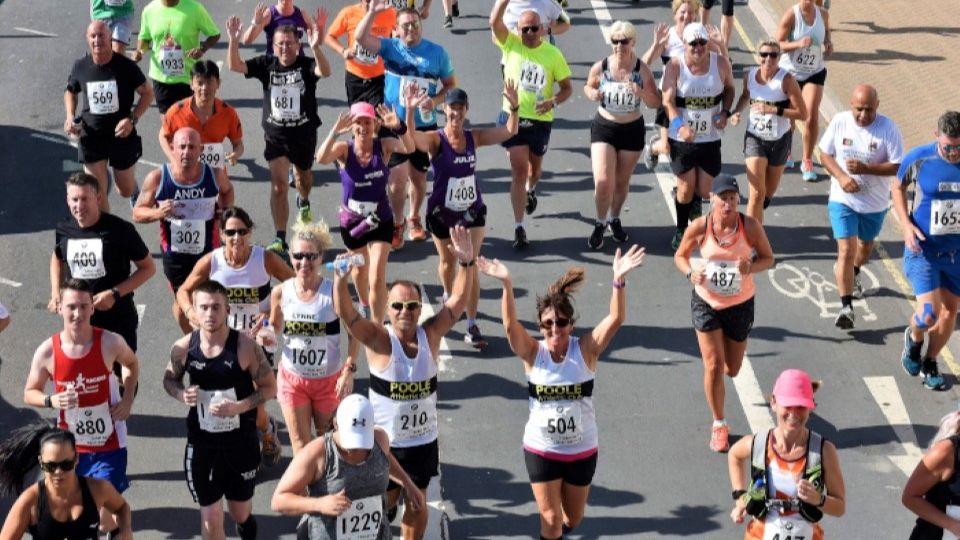 Over 1,000 contest a sea breezy Torbay Half Marathon and 10K

Who doesn't like the thought of a race beside the ocean in the summer? Well, the thousand or so finishers in the 28th Ocean Healthcare Torbay Half Marathon and 10K at Paignton Green on Sunday (26 June) might have been having second thoughts as they gathered for the start just after a heavy downpour.

Fortunately, the rain stopped and apart from a light shower about 90 minutes into the half marathon – no bother to the 40 elites who were already home and hosed – conditions were pretty good, although there was a strong westerly wind that was full in the face for the infamous ascent of Gasworks Hill on the way back from Torquay, almost stopping runners in their tracks as they crested the “summit”.

The Ocean Healthcare Torbay Half Marathon started at 09:00am and was followed a few minutes later by the 10K – held over one lap of the half marathon course – which made for a busy first few miles as the leading 10K runners sped past the half marathon tailenders.

The entirely traffic-free course is truly coastal, rarely straying far from the promenade between Paignton and Torquay – apart from a tour inland of King's Gardens and past medieval Torre Abbey – with spectacular views throughout.

The first to collect the wooden medal, technical T-shirt, drinks bottle, and banana at the 10K finish close to Paignton Pier were Matthew McCullagh (South West RR, 35:02) and Laura Wakeham (Torbay Tri, 42:02). There were 14 athletes inside 40 minutes and 380 finishers in 2:11:32.

Around 250 of the 10K runners had completed their race as the winner of the half marathon arrived at the finish. This year's Torbay topper was Ronnie Richmond (Bideford AAC, 1:09:28) from last year's champion Tom Merson (Exmouth Harriers, 1:11:52) and Michael Sandiford (Minehead RC, 1:15:02).

Race details at the Torbay Half Marathon website here