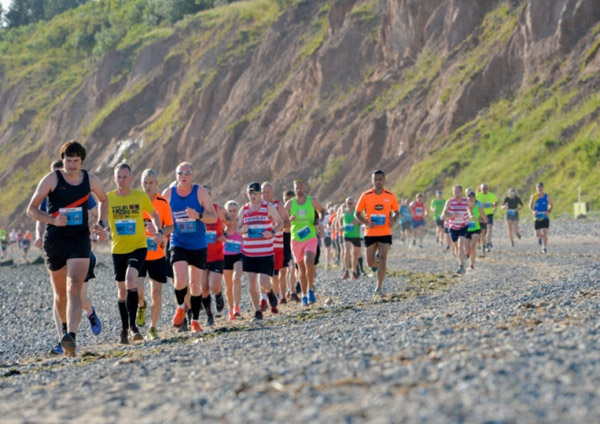 They've started so they'll finish at Tour of Merseyside

A group of 400 runners have reached the half-way point of the 52-mile BTR Tour Of Merseyside – which continues this evening with a five-mile fancy dress race in Otterspool (Thursday, 4 July)!

This is the seventh consecutive year for the endurance challenge, which was created by BTR Liverpool race director Alan Rothwell and comprises six races across seven days covering 52 miles.

First staged in 2013, the unique race has gone on to become a real highlight in the North West running calendar. And once completed, competitors collect the coveted ‘52’ commemorative finishers’ medal and have the right to call themselves a Tourist!

The runners have already covered 29 miles, having completed Southport Half Marathon on Sunday (30 June), where runners were guests of Epic Events. The next evening (Monday, 1 July) they ran six miles along Thurstaston beach and trail terrain, followed by 10 miles on the Sustrans Loopline in Walton on Tuesday evening (2 July).

Runners then had a rest day before resuming BTR Tour Of Merseyside 2019 tonight at Otterspool. The challenge will then conclude with six miles cross country at Stadt Moers in Knowsley on Friday evening (5 July), followed by the final 12 miles along the Wirral coast on Saturday morning (6 July).

Tourists then mark their achievement at a celebration event in Liverpool, which includes a prize presentation and special Tour Of Merseyside video, featuring specially recorded footage from each race day.

During its inaugural year in 2013, a modest 73 runners completed the Tour Of Merseyside. This year’s field includes 15 ever present Tourists who have taken part in all previous six TOM races, including just three women – they are hoping to collect their seventh TOM medal.

Alan Rothwell commented: “We’re already half-way through the BTR Tour Of Merseyside 2019 – and this year’s event is already shaping up to be another incredible year. The camaraderie grows before your eyes with each race, which is what makes the Tour truly unique and special.

“It’s a really tough, tiring week. The aspiring Tourists are juggling work and home life with the preparation for a daily race. However the atmosphere is electric and the smiles speak for themselves. I’d encourage spectators to come along and cheer on the Tourists, support really does go a long way in getting you over the finish line.”

Entries for the 2020 BTR Tour Of Merseyside will open on Sunday (7 July) and are expected to be snapped up quickly. In addition, interest is growing in the Tour Of Merseyside's little brother – the Whistlestop Tour of Wirral. The Whistlestop is a three-race test over three days (6-8 September) which starts with the off-road Arrowe Park 5 Miler, continues with the Thurstaston Country Park 8 Miler and concludes with the Wirral Half Marathon.

There are still places for the Whistlestop, which is a great way to test whether you have endurance and temperament for the full strength Tour Of Merseyside.