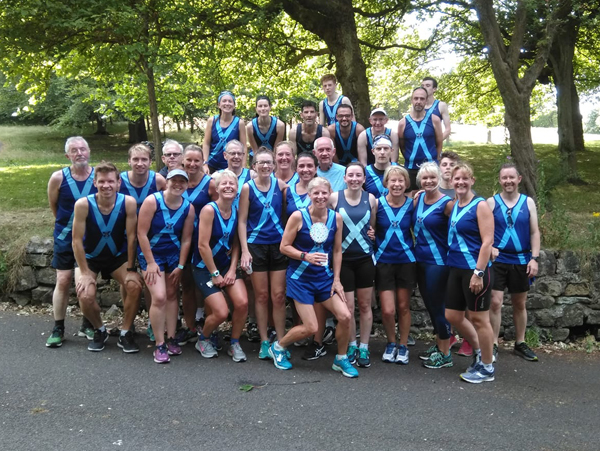 Summer In The City

The height of the holiday season can see a dip in parkrun attendances as some events are lost to alternative park activities and people head off to the sun. However July has been a busy month for one of Scotland's smaller events - Ruchill.

Numbers were boosted when neighbour Victoria Park was out of action on 7 July while the following week saw a big contingent of Bellahouston Harriers who held a summer club championship counter at the friendly North Glasgow run. The South Siders had 28 participants, who included Carole Spy (250th parkrun) and Darren Murray (100th) and the club celebrated with a post-run food and drinks party.

Harriers president Tom Keenan told runABC Scotland: "The club had a great morning at Ruchill. It's good to visit other events and this one offered a terrific course and a friendly bunch of volunteers."

Other park runs thriving in July were Bressay and Falkirk, both seeing record attendances on 21 July. The Shetland parkrun probably benefitted from a holidaymaker factor - fastest male runner was ace veteran Anthony Whitehouse who normally does his parkrunning in Yorkshire. However for Falkirk it was a 7th birthday party that pulled in the crowds.

The Callendar Park event is one of the original group of Scottish parkruns and is considered a testing course. A record turnout of 335 defied the gradients and marked the occasion with cake. It was an extra special day for Caroline McDermott (250), James Taylor (250) and Scott McNeill (100) who all completed landmark runs. However the most notable achievement was Andy Moodie's 250th volunteering stint and parkrun friends marked the auspicious occasion with a presentation.

The parkrun family north of the border is set to see another growth spurt and we'll be reporting on the new Scottish locations after their initial runs.

Check out details of all Scottish events at the parkrun website.