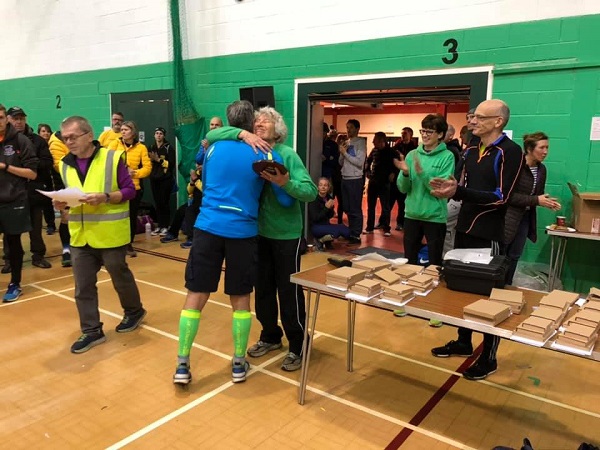 George King, from the ancient home of the Kings of England - Winchester, dominated the 34th Stubbington Green 10K. The Winchester & District AC athlete boasts a 31:01 best from 2017 but 31:40 sufficed to keep 1,743 of his loyal subjects in tow on Sunday (13 January).

The Stubbington Green course is renowned for producing fast times and an iffy weather forecast failed to materialise into significantly adverse conditions, so it was game on for the huge field that set off from the centre of the Hampshire coastal village.

George King did not have it all his own way as he only had seven seconds to spare on gun times over runner-up Steve Gallienne (Bideford AAC, 31:47 PB) as Max Costley (Southampton AC, 32:37 PB) completed the leader board.

There was an excellent run by first junior Jacob O'Hara (City of Portsmouth, 32:53) into fourth place and race number 1 was on the Bracknell AC vest of fifth-placed Jamie Ashton (33:03).

Julian Manning (M40 Denmead Striders, 33:54) was the leading master athlete and at the upper end of the scale M75 Jonathan Kane (Winchester, 50:27) caught the eye with his much faster 49:44 chip time as he scythed through the field.

Junior winner Katie Simister (Portsmouth, 39:42 PB) was among the 200 runners finishing inside 40 minutes as she joined the PB-fest on this rewarding course with great support. The leading masters performances were achieved by W50 Kath Bailey (Winchester, 37:29) - sixth overall - and Stubbington stalwart Penny Forse (W65, 46:40).

Top men's and women's teams, who mirrored each other for position, were Southampton, Winchester and host club Stubbington Green Runners. All finishers received a useful long sleeved technical shirt, well appreciated on a cool and breezy day on the South coast.