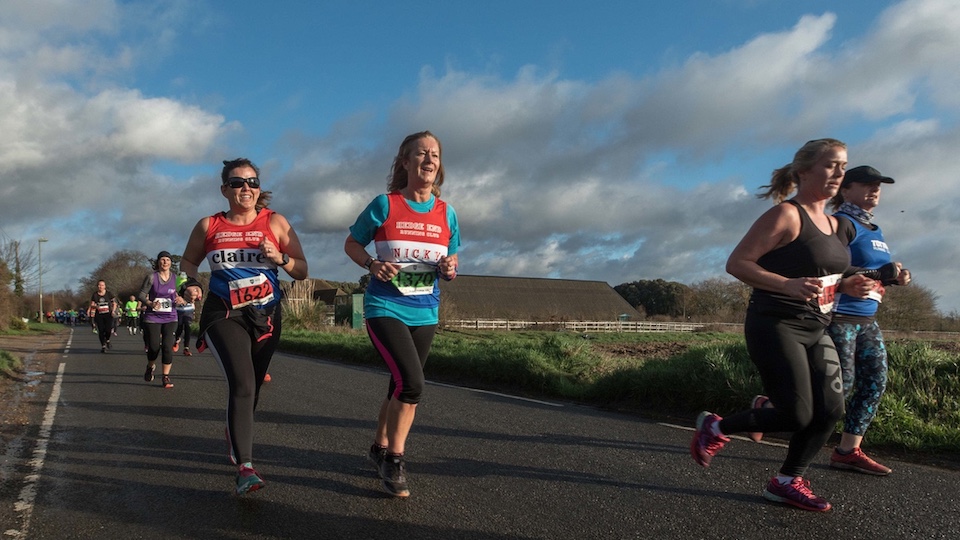 South coast PB-smasher is back for 36th year

The Stubbington 10K maintained its reputation as one of the fastest and best-supported races in the South of England with another capacity entry and 1,765 finishers in the 36th edition on Sunday 16 January.

There were two new champions following a year's absence due to the pandemic. Richard Lovejoy (Aldershot, 32:38) – fourth in 2020 – and Naomi Mitchell (Reading, 33:14 PB) made their journeys to the south coast worthwhile with rapid victories.

Richard Lovejoy and Will Grace (Endurance Hub, 32:42) were locked together for much of the race until the Aldershot athlete edged away by four seconds at the finish. Third-placed George King, of Winchester AC – the 2019 champion – was the only other finisher inside 33 minutes with 32:55.

Some distance behind the flying Reading runner there was a right old battle going on for runners-up spoils. Cassie Thorp (City of Portsmouth, 35:36) had one second to spare over W45 Lesley Locks (Aldershot, 35:37) for second place.

Four minutes per kilometre was maintained by 180 competitors and 666 athletes achieved a devilishly good time below 50:00 to confirm the PB-potential of this single-lap course on quiet country lanes and scenic coastal roads.

The race is organised by Stubbington Green Runners. The club was founded in 1985 and now has over 500 members drawn from the local communities of Stubbington, Lee on the Solent, Titchfield, Locks Heath, Whiteley, and beyond. All profits this year will be donated to Alice's Arc children's cancer charity in memory of Sophie Fairall.