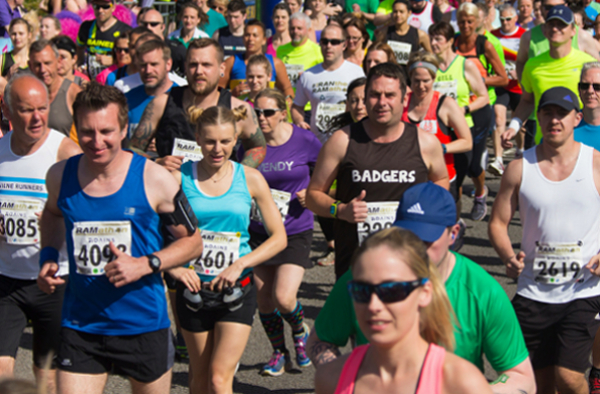 Stepping Up For The Derby Half

Around 4,000 runners are expected to take to the streets on Sunday (3 June) for the ASDA Foundation Derby Half Marathon. Formerly known as the Ramathon, this race looks set to be a hot favourite.

Derby Half Marathon is the newest addition to the race calendar from Jane Tomlinson’s Run For All, a not-for-profit organisation which fundraises for local and national charities. It retains those features which made the Ramathon a popular event within the running community including the start/finish at Derby County FC’s Pride Park Stadium, quality tech T-shirt and medal and a memorable route with notable landmarks such as the Cathedral, the 12th century Market Place and Elvaston Castle Country Park.

A great many entrants are taking part on behalf of charity. Amongst them is Rebecca Watts running in memory of her son Alex who died from brain cancer before his 14th birthday. Alex was looked after by children’s cancer charity CLIC Sargent and this care continued even after he passed away, something that Rebecca is very grateful for. She is fundraising for CLIC Sargent to ensure that the help she and her family received is available to others.

Also running is 23-year old Mark Dean who is raising awareness of eating disorders and mental health issues especially in young men. He has suffered from depression and anxiety which spiralled out of control when he sustained a leg injury which left him bedbound for 13 months. He developed anorexia as well and the combination of these led to a suicide attempt. Fortunately, he recovered both physically and mentally and has rebuilt his life, becoming a qualified personal trainer.

Places are selling quickly. To enter, visit the Run For All website.

Photo courtesy of Run For All.