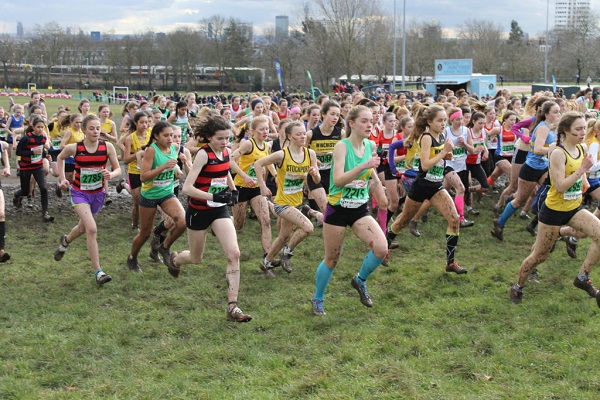 The South of England Championships return to the ancestral home of cross country running, Parliament Hill Fields in North London, on Saturday (26 January). Record fields are expected for the 10 race programme, commencing at 11:00am with the under-15 boys and concluding with the senior men's 15K title race at 2:50pm.

Parliament Hill has been the scene of so many dramatic races over many years. Perhaps the finest individual achievement in these championships was Dave Bedford's 1970 double victory in the Senior Men's 9 mile and Junior Men's 6 mile races – less than an hour apart!

Bedford's exploit is still theoretically possible, with the Junior Men's 8K race starting at 1:30pm, but the reality is that such a prodigious feat of endurance will never be repeated.

These championships tend to move around the South of England region but there were some parking and access issues that caused a reduced entry last year when the event was staged at Stanmer Park, Brighton.

Despite the logistical challenges there were 740 finishers in the men's race won by five seconds by John Gilbert (Kent AC, 51:07) from Adam Hickey (Southend, 51:12), with Max Nicholls (Tonbridge, 51:40) third. The prestigious team gold went to Bedford & County AC from London rivals Highgate Harriers and Serpentine Running Club – separated by just one point at six-to-score.

The Southern is unique among the Area Championships as it retains the historic 9 miles (or 15kms) senior men's race distance – that's an awful long way in spikes if the ground is frosty!

Look out for our event report in runABC South next week.