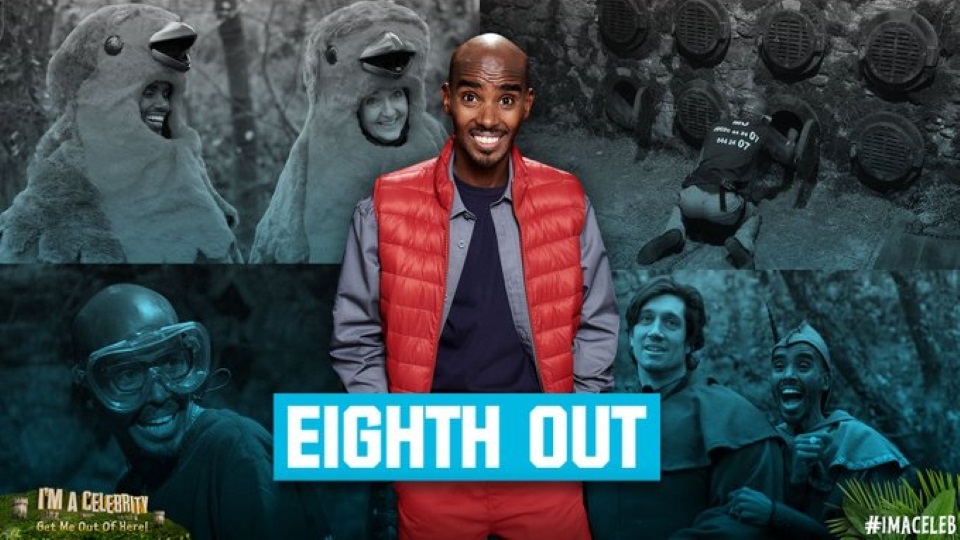 Sir Mo Farah is eighth celebrity to leave the castle

Farah is no stranger to reality TV shows but will his participation in I'm A Celebrity...Get Me Out Of Here harm his Olympic title defence next July?

Sir Mo Farah isn't used to finishing outside the podium places in anything he takes part in but last night (2 December) he was evicted from the I'm A Celebrity...Get Me Out Of Here reality TV show having finished fifth out of 12 contestants after 18 days of trials and tribulations in the Gwrych Castle, Abergele in Wales.

With 10 global track titles in his backpack, including four Olympic gold medals, Sir Mo was incarcerated along with 11 other personalities from the fields of sport and entertainment, sustained by a diet of rice and beans, supplemented through their success in a series of disgusting 'Bush Tucker Trials'. He slept in a hammock and lit up the place with his humour and mega-watt smile as his natural endurance kept him going until the late stages. The winner of I'm a Celebrity will be announced on Friday (4 December).

Somehow, through the magic of television, Sir Mo appeared to have slipped out of the castle in Wales to become the first-ever contestant to beat The Cube in another reality programme. This turned out to be a repeat of the 14 July 2012 screening of a charity special from series nine of the popular game show involving gold medal-winning athletes. Sir Mo became the first-ever player to go through all seven levels successfully to claim the £250,000 prize for his charity.

Sir Mo's previous appearances in TV shows include competing in a one-off Christmas special revival of Superstars in 2012, when he lost a 100m race to boxer Anthony Joshua, and playing in Soccer Aid charity football matches, where he played against stars including world 100m record holder Usain Bolt.

Sir Mo's commitment to I'm a Celebrity coming just eight months before he is due to defend his Olympic 10,000m title at the postponed Tokyo Games, has raised a few eyebrows within the sport but the mercurial Essex Beagle has always managed to produce the goods when required in the past.

The recently appointed British Athletics head coach, Christian Malcolm, said: “I know he had conversations with our endurance team. Sir Mo Farah and Hollie Arnold (the Paralympic thrower who was also on the ITV show) are both experienced athletes. They’re at different ends of their careers too, which we have to respect.”

It is unlikely that any of Sir Mo's main rivals for Olympic gold will be locked away in a freezing castle for three weeks on subsistence rations at this time of year, so it will be interesting to see whether the experience will translate into an even tougher competitor – if that were possible – or the beginning of a transition into a new career in the media for the 37-year-old Londoner.