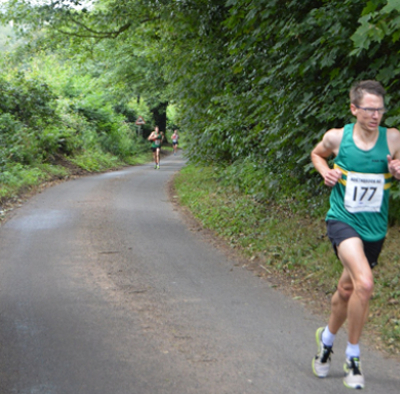 Coventry’s longest-standing 10K was a well organised affair from Northbrook AC and welcomed newcomers and experienced runners alike. There was a Kids 2K Fun Run at 9am followed by the 10K at 9.40am with both races held in Allesley, Coventry.

Around 600 runners waited to start at the 17th Northbrook 10K. A “3...2...1...Go!” and off they went from Browns Lane along a single lap, undulating route on rural roads in an attractive location. Rolling road closures were in place, there were three water stations at 3k, 6k and the finish and plenty of volunteers to ensure things ran smoothly.

The first half of the course was a gradual ascent with Elkin Wood a good test of those hill training sessions. The final 3k was fast, giving runners a good opportunity for a sprint finish.

Chris Sharp of Knowle & Dorridge RC won the 2018 Northbrook 10K in 33:50 and returned this year to defend his title. He ran strongly from the outset to be first across the line in 33:54 – only four seconds off last year’s time. Ian Allen of Spa Striders was second in 34:08 and Dominic Priest of Leamington C & AC third in 34:16.