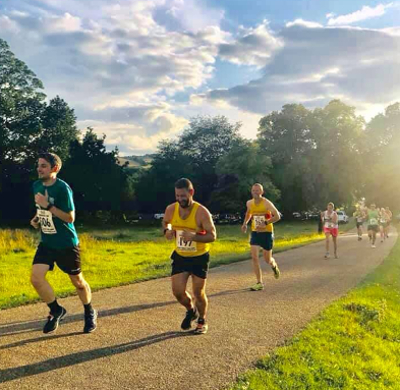 Runners rise to the challenge at Hardwick 10K

The one question runners were asking themselves at Thursday’s (18 July) Hardwick 10K was could they beat the infamous hill? This would be a baptism of fire for many...

Pilsley Primary School near Chesterfield, Derbyshire acted as the start and finish for the Hardwick 10K, a popular event that is well supported by the local community. The star of the show is Hardwick Hill – a steep, lung-burning climb up to National Trust Hardwick Hall and Estate that is equally hard on the legs!

Over 500 runners set off at 7.30pm along a hilly route on country roads that included the ascent of Hardwick Hill then the turnaround point at 5K. They barely had chance to recover as another climb awaited them, taking them back up to Pilsley followed by a fast downhill section and on to the finish. The local population turned out in force to clap and cheer the runners as they crossed the line.

Samuel Moakes of Sutton in Ashfield Harriers & AC was the winner in 33:27 – two seconds outside of the men’s course record of 33:25. Paul Wright of Mansfield Harriers was second in 35:02 and Greg Hopkinson of Beeston AC third in 35:53.

It was a double celebration for Lucy Niemz of Run Forest Run who won the women’s race in 38:36 and posted a new course record. Michelle Willcocks of Sutton in Ashfield Harriers & AC followed her in 39:31 with Laura Bassett of Matlock AC third in 43:38.

There was a generous prize list that included £100 cash for the first man/woman to break the course record (nice one, Lucy!) with commemorative T-shirts for all finishers.