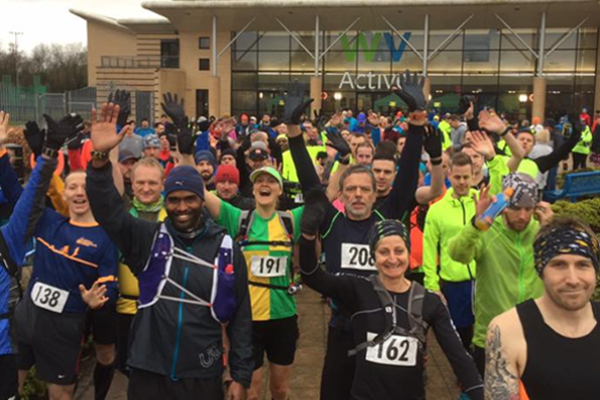 The route, the medal and the organisation were fit for a king at Saturday’s (31 March) Wolves & Wombourne Half Marathon as runners paid homage at this new historical themed event.

The Wolves & Wombourne Half Marathon or ‘Monarch’s Way March’ from Mash Running was a trail race with a couple of differences. The first was the 13.7 mile distance instead of the traditional 13.1 and the second was the self-navigation aspect.

Solos and teams of two or three runners faced down a section of the Monarch’s Way, a 615-mile route used by King Charles II to flee the forces of Oliver Cromwell after his defeat at the Battle of Worcester. Overcast skies and the threat of rain didn’t spoil their views of the surrounding countryside as they followed the Staffordshire & Worcestershire canal before exiting at mile 7 and retracing their footsteps via the Staffordshire Railway Walk.

While they didn’t have Cromwell’s New Model Army on their heels, many runners still put their best foot forward with the aim of being crowned the winning individual or team.

Team ‘Straight Outta Compton’ won the Teams of Two category in 1:42:25 and also won the trophy for the team with the best name. Team ‘Lisa and Lou’ were the winning female team in 1:55:52.

There was a custom made medal for every runner along with a bottle of water and sweet treats.