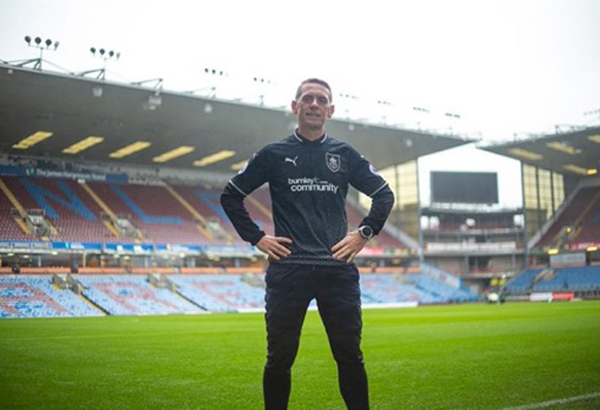 Scott on track in RunAway challenge

A Burnley football fan who has committed to running to each of his team’s away games this season completed a significant milestone on Saturday afternoon when he made a 277 mile journey (the furthest so far) to watch the game at Brighton.

Scott Cunliffe launched The RunAway Challenge at the start of the 2018/2019 football season and has, since then, stuck religiously to his task of running to each away of Burnley FC’s away games. By the time the end of the season comes around, he will have covered over 3000 miles.

On his motivation for the challenge, Scott explained: “I wanted to set myself a big challenge that combined my love of away days with my passion for running and for my hometown of Burnley. From this, the idea for RunAway took shape.”

Scott continued: “I’m doing this because I know, from personal experience, how running is a powerful tool to achieve positive mental and physical well being.

"I spent two decades working for charities in parts of Southeast Asia that were seriously affected by violent crime and poverty.

“My experiences left me with post-traumatic stress disorder and depression – running was a major part of my therapy in overcoming this. I want to use that experience to benefit others and I think football is the perfect way to unite people in this cause.”

Scott has committed to donating half of his fundraising total to Burnley FC in the Community, the official charity of Burnley FC. He will then distribute between the community trusts at each of the Premier League clubs he runs to. You can view his Justgiving page here.