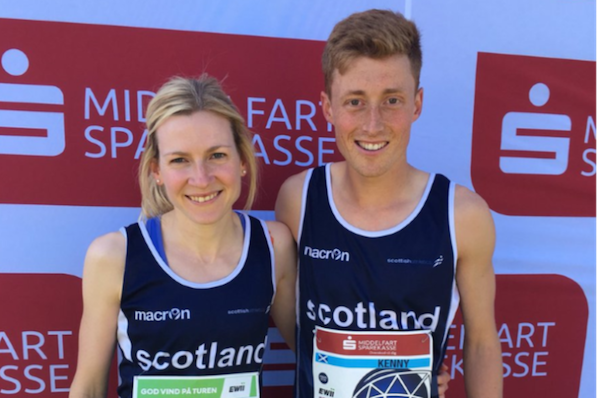 Club runners chosen to run first Commonwealth Half for Scotland

Scotland has named a team of six – including several well-known club runners – for the first-ever Commonwealth Half Marathon Championships to be held in Cardiff later this autumn.

British 5000m champion and Gold Coast 2018 5000m finalist Steph Twell will return to the 13.1 mile event for the first time in five years to head the women’s team.

Joining her will be Fiona Brian of Metro Aberdeen and Annabel Simpson of Fife AC. Tweeting after the announcement Brian said she was ‘so excited’ for the race.

The men’s team at Cardiff will include the well-regarded North District club runners Kenny Wilson of Moray Road Runners and John Newsom of Inverness Harriers. Costorphine AAC’s Mike Crawley will complete the trio.

Brian and Wilson have already impressed running the half marathon distance for their country earlier this year, taking first female and third male respectively at a very warm Lillebaelt Half Marathon in Denmark.

The Commonwealth Half Marathon championships will be incorporated into the fast and flat Cardiff University Cardiff Half Marathon on Sunday, 7 October at 10am.

In addition to the individual championship races, the first three finishers for each team will score for their team, with team results decided by the aggregate of times recorded by the each team’s runners.

Image: Brian and Wilson at Lillebaelt Half Marathon in Denmark (scottishathletics)