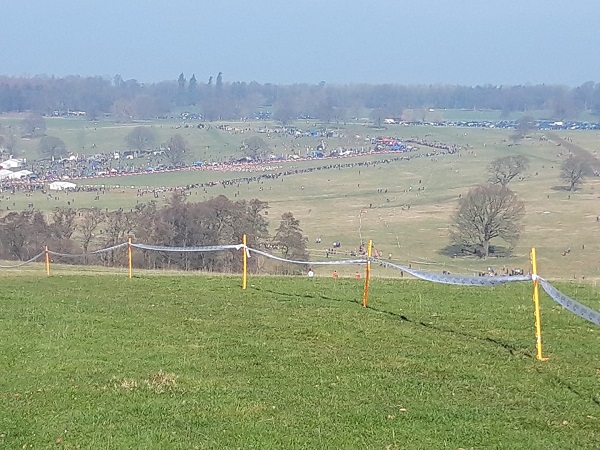 Mahamed Mahamed: so good they named him twice!

Clubs from the South won eight of the 10 team titles available at the Saucony English National cross country championships, held in truly glorious conditions at Harewood House, Leeds on Saturday (23 February) but it was Southampton's rising star Mahamed Mahamed who grabbed the headlines with a magnificent victory in the 131st senior men's race.

Mahamed, last year's junior English National champion at Parliament Hill Fields, provided a glimpse of his senior capabilities at 12kms with victory in the National Inter-Counties Championships at Loughborough in March 2018. However, taking the Saucony English National men's title at the first attempt – by one second after a thrilling battle with Leeds City's Emile Cairess – represents a stunning breakthrough for the Solent University student.

Cairess led Leeds City to a comfortable team win over holders Tonbridge AC, with Bristol and West AC third, and these positions were replicated in the traditional nine to score competition that sets the 'National' apart from other championship events.

The flagship senior team titles may have escaped the grasp of clubs from the South but the remaining eight team golds were claimed by Tonbridge AC (U13 Girls and U20 Men); Herne Hill Harriers (U17 Women and U20 Women); South London Harriers (U13 Boys); Aldershot (U15 Boys); Blackheath & Bromley Harriers (U15 Girls) and Invicta East Kent (U17 Men).

More than 9,000 entries had been received for the 10-race programme that was held on a natural grass circuit with plenty of challenging hills in the grounds of magnificent Harewood House built for Edwin Lascelles, 1st Baron Harewood, in 1759.