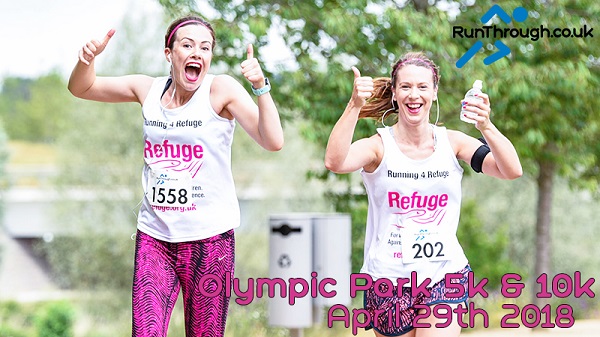 Whittle Runs Through The Field In Olympic Park

There can be few more inspiring race locations than Queen Elizabeth Olympic Park (QEOP) in Stratford. RunThrough race promoters made the most of the superb 2012 London Olympics venue to provide a flat, fast and exciting course for the latest Olympic Park 10K and 5K races on Sunday (29 April).

There were more than 750 starters in breezy conditions in the incredible environs of London’s Olympic Park, ready to take on a course that passes the ArcelorMittal Orbit Sculpture, Aquatics Centre and the Olympic Stadium itself.

Every competitor in the RunThrough QEOP 10K and 5K event has a great opportunity for a quick time and a fun morning out with equally awestruck runners and all are rewarded with a themed medal, chip timing, fruit, water and the legendary RunThrough flapjacks.

Lesley Whittle certainly proved that This Mum Runs as she took the honours in the women's 10k in 35:25 (chip time) by finishing third overall. The only men ahead of the W40 category athlete were James Bennett (Striders of Croydon, 32:54) and world class Austrian triathlete, Werner Kranawetter (35:55). John Cox (M45 Kent AC, 37:23) was third male finisher.

The women who were giving chase to the Olympic Park champion included runners-up Anna Horgan (39:49) and Laura Whitehead (Herts Phoenix, 40:18). There were 529 finishers in 1:39:57 and the midpoint runners recorded just over 56 minutes.