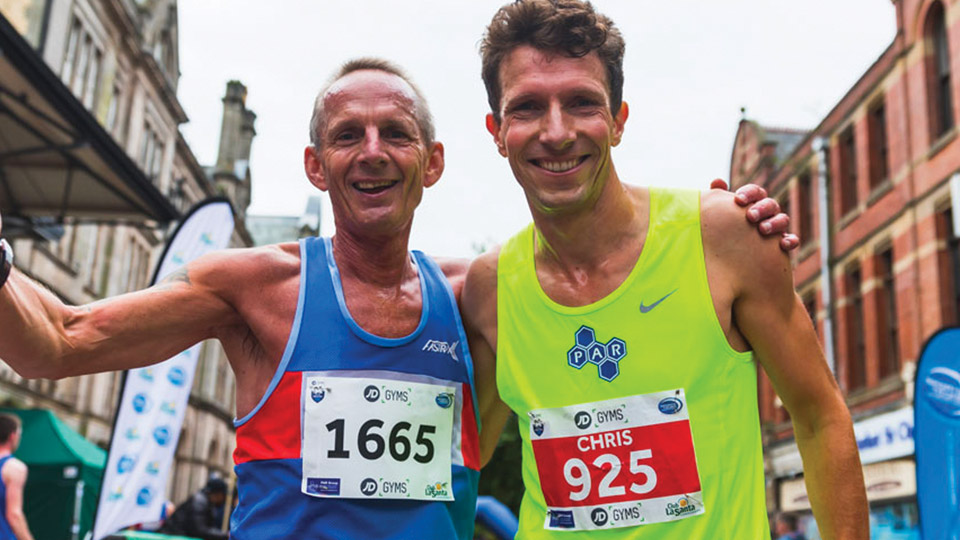 All hands on deck for Preston 10K October date

The Running Bee Foundation team is pulling out all the stops to ensure that they can stage COVID secure events in Preston, Manchester and Salford later this year

The event team at the Running Bee Foundation, like many other race organisers around the UK, is on a war footing. They are scrutininsing official advice updates as they appear, coordinating with local authority and commercial partners and following the progress of other organisers to ensure that they are looking at every option to stage COVID-secure events later this year.

The top North West race outfit has three big events on their schedule:

Their current focus is on Preston on Sunday, 25 October and the Running Bee Foundation's Kevin Harmer and Graham Jackson believe they have a fighting chance of staging the 10K on that date. They  are particularly encouraged by the support they are receiving from Preston City Council and title sponsor SPAR.

Event Logistics & Sponsor Activation Manager Kevin Harmer told runABC: "It would have, in many ways, been easier to cancel these events and look ahead to 2021. However we've built up real momentum since we took over running the City of Preston 10K in 2018 when it was set to disappear from the calendar."

The Preston event has been promoted via the Running Bee Foundation banner, an initiative which returns all race profits to community projects. Founded and supported by Sports Tours International, the charity aims to improve the health and well being of local residents and to help tackle the challenge of childhood obesity.

Kevin continued: "We've worked hard to make City of Preston 10K as inclusive as possible. Although it's a big day for the city's club and regular runners, the Foundation believes that the event's biggest impact comes when it can engage with people who have a limited exercise background.

"Based on work we've done in Manchester around our Tour of Tameside event and at Knowsley 10K including our 'My First Mile' scheme, we know the potential to attract interest from previously excluded groups. We've been partnering with Active Lancashire to bring City of Preston 10K, and 'My First Mile' in particular, to as broad an audience as possible so that everyone can enjoy and benefit from the big 25 October date."

It's the prospect of making a real difference to health in the mid-Lancashire area as well as hosting a brilliant sporting occasion for all the runners who have been denied race action since March that is inspiring the Running Bee team. One runner in 2019, Tina Eley, said of City of Preston 10K: “We came from Birmingham and were amazed by the support of the people, fantastic it was; route was tough but good and the marshals were very encouraging, loved it well done to you all. Very well organised so glad we travelled to this one.”

Graham said: "it's a bit like a jigsaw where the pieces keep changing shape. But the final picture remains the same – a Covid-secure race environment at our events in Preston, Manchester and Salford. There are frustrations but what has been really encouraging for the whole Running Bee team is that I can count on one hand the number of people who have asked for refunds for our popular Tour of Tameside event and it's a similar story for the autumn races.

"We're promising a classic staging of Tour of Tameside (four events over four days) in 2021 – entries are already flying off the shelves and we expect to post 'full house' notices in advance of the June festival. In the meantime for runners who are looking for a challenge just now there is always our current virtual event.