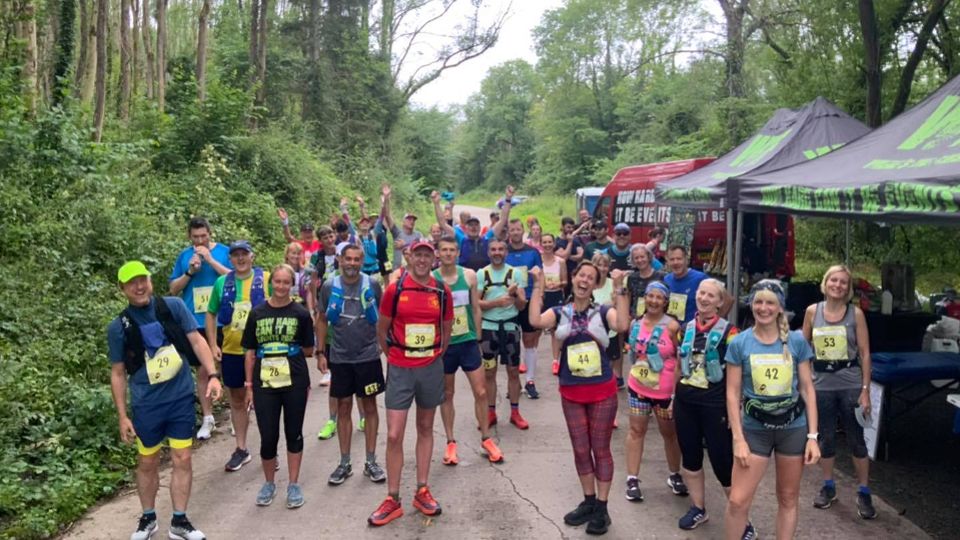 Back on the right track at The Railway Ultra

Participants lapped up the miles up and down the line.

It was all aboard for The Railway Ultra (Saturday 31 July) where 75 runners discovered if their train-ing paid off as they completed their chosen distance in this multi-lap event in Shropshire. They ensured they had enough fuel to keep going...

“Let the train take the strain” or in this case a former railway line along the banks of the River Severn that resonated to the sound of pounding feet as runners embarked on their journeys between Ironbridge and Bridgnorth. Full steam ahead!

The distances were 9 Miles, Half Marathon, 19 Miles, 28 Miles and 37 Miles. Participants in the 37 miler started at 8.30am and the rest at 9am to run out and back 9.4 mile laps on a flat course in decent conditions. They topped up their fluid and food levels at the aid stations every 4.7 miles and Haribo sweets were back on the menu that along with others, helped to stoke the fires as time went on and legs began to feel the effects of the laps. There was a good camaraderie between runners as is the norm at Denzil’s events and enthusiastic support.

Race Director Denzil Martin of How Hard Can It Be Events & CODRC rang the bell as they finished - tired but happy. They received one of the finest examples of race ‘bling’ - a steam engine themed medal and a collector’s item in itself.

A complete set of results can be found via the RunABC Midlands Race Listings page.

Denzil thanked everyone who made it happen and in his own words: “Here’s to many more days like this”.