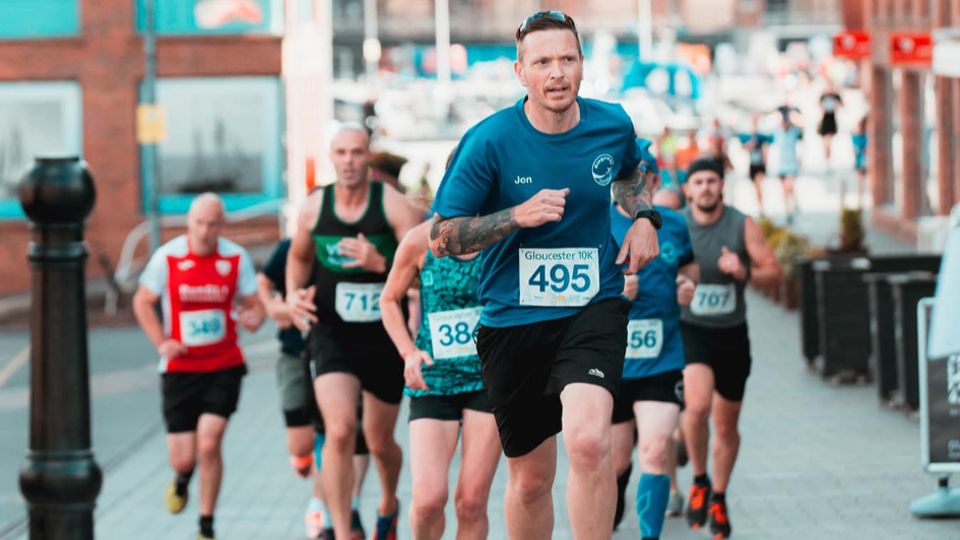 Swifty in the city at the Gloucester 10K

The mostly flat course lent itself to PB’s at Sunday’s (26 June) sold out Gloucester 10K as runners enjoyed the sights and sounds of this cathedral city and the friendly, supportive marshals.

Gloucester is famous for its 11th century cathedral and it was one of several attractions along the way in a race that put the county town of Gloucestershire in the spotlight. The route also included the docks, quays and canal – all of which reflect the city’s industrial past.

It was organised by Nigel Tillott (Head of Davies & Partners Solicitors), Chair of Tewkesbury RC and Race Director on behal of Gloucester Quays Rotary Club with all proceeds going to the Great Western Air Ambulance Charity and Gloucester Foodbank. The event also included a Virtual 10K and a Corporate Challenge for business teams of between 4 and 6 people.

Runners streamed away at 8.30am from The Park on a fine, dry morning although there was a stiff headwind to contend with. They followed a route on a mix of tarmac, towpath and footpath with a few twists and turns near the tourist areas and water stations at 4K and 8K. Super efficient marshals kept them on track to the finish in The Park.

Ben Robinson of Gloucester AC was the winner in 31:50. Thomas Epton of SUACC finished second in 33:53 and Steve Kenyon of Severn AC third in 34:18.

The complete set of results is available via the runABC Midlands Race Listings page.